Explore one of the world’s finest examples of a medieval castle which has cast its shadow over the beautiful fishing village of Gorey for over 800 years. Take in breathtaking views of the French coast as you delve into the network of staircases, towers and secret rooms to discover hidden treasures. 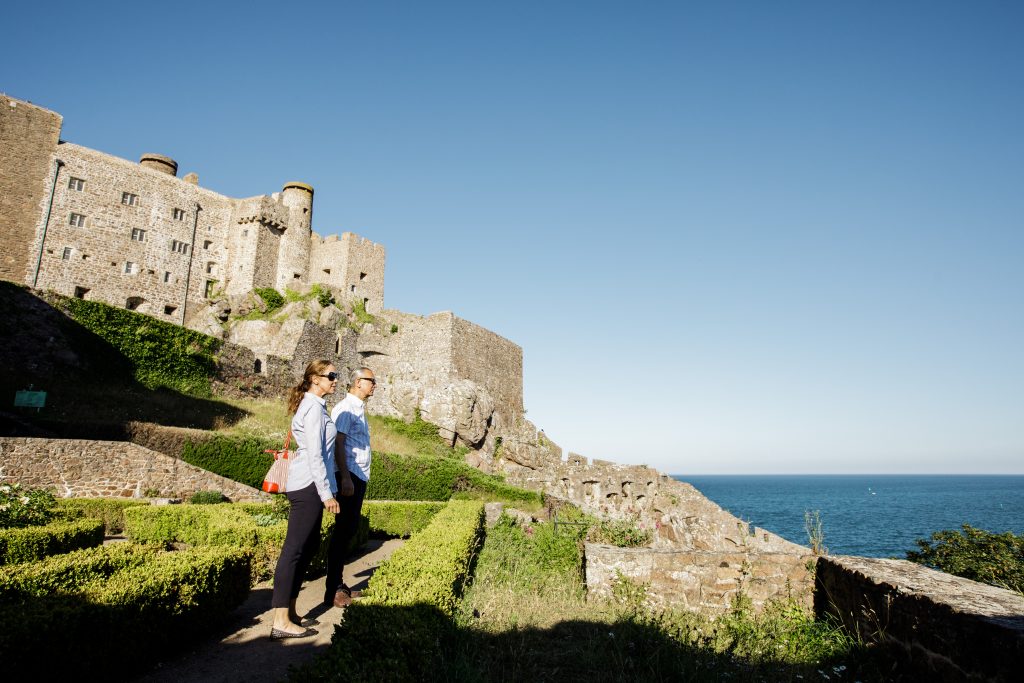 Standing at the entrance of St Peter’s Valley, this spectacular landmark building provides a rare insight into Jersey’s industrial past. Within its walls lies evidence of a large steam engine, which was used to supplement the power required to run the substantial double-width wheel. As one of few remaining mills in the Island, this magnificent National Trust property demonstrates the importance of preserving Jersey’s heritage for future generations 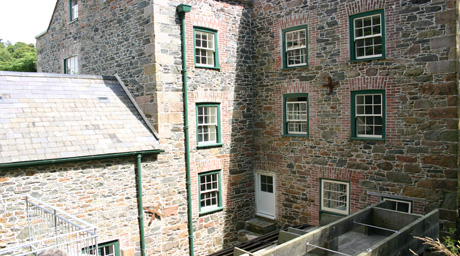 Grosnez Castle is a ruined 14th-century castle in St Ouen, situated in Grosnez in the north-west corner of the island of Jersey in the Channel Islands.  Philippe de Carteret held it against the French when they held half of Jersey between 1461 and 1467, but it has been a ruin since the mid-16th century 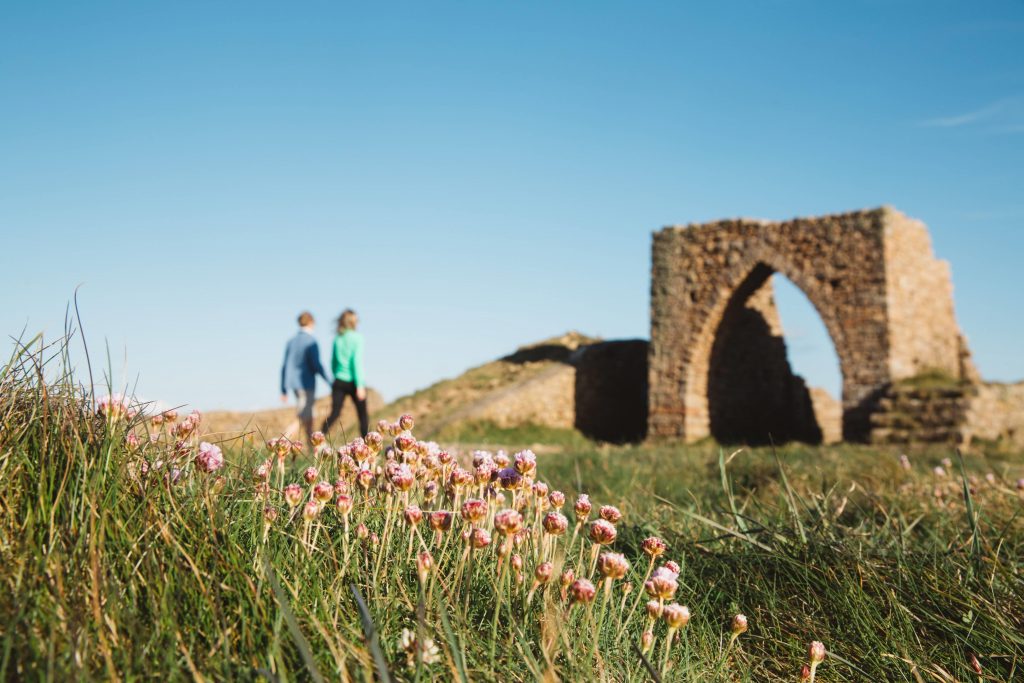 Delve into the past and gain a fascinating insight into 400 years of Jersey’s rural history at Hamptonne Country Life Museum. The Hamptonne farm complex in comprised of 3 houses, a colombier, several outbuildings and an orchard. Each of the 3 houses dates from a different century, reflecting the changing architectural styles of Jersey over time. The houses are named after the families who have lived at Hamptonne, there is the Syvret Building, Hamptonne House and the Langlois Building 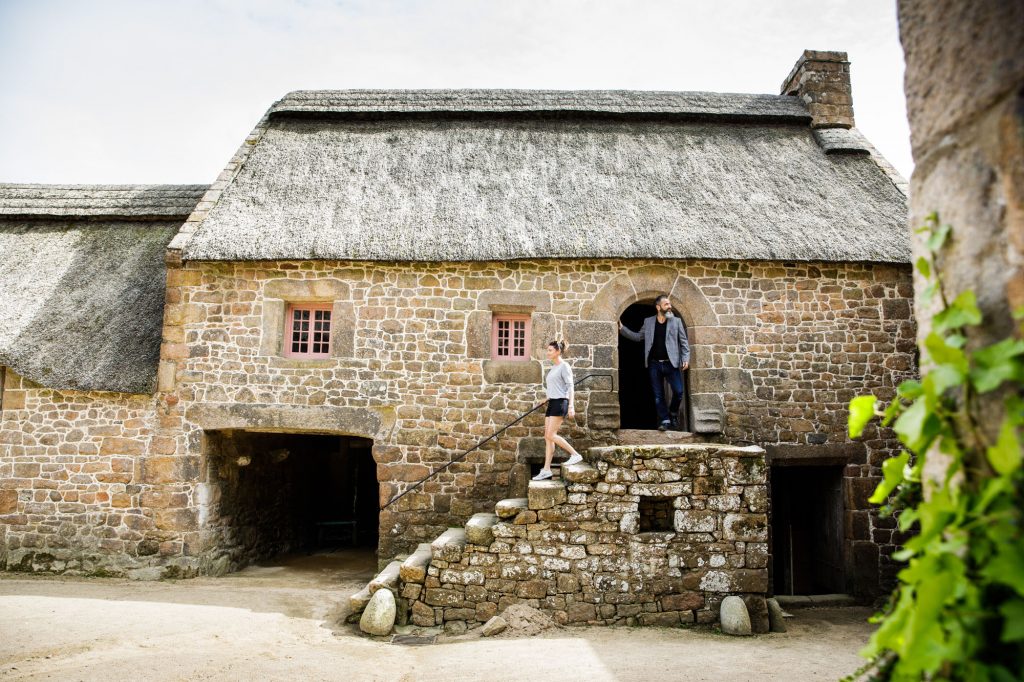 Elizabeth Castle is built on a rocky islet in St Aubin’s Bay, the Castle has defended Jersey for more than 300 years. You can take the amphibious Castle Ferry or walk out along the causeway at low tide. Explore Jersey’s history, climb the battlements dating back to the 1590s and experience history coming to life with live demonstrations and gunfire! 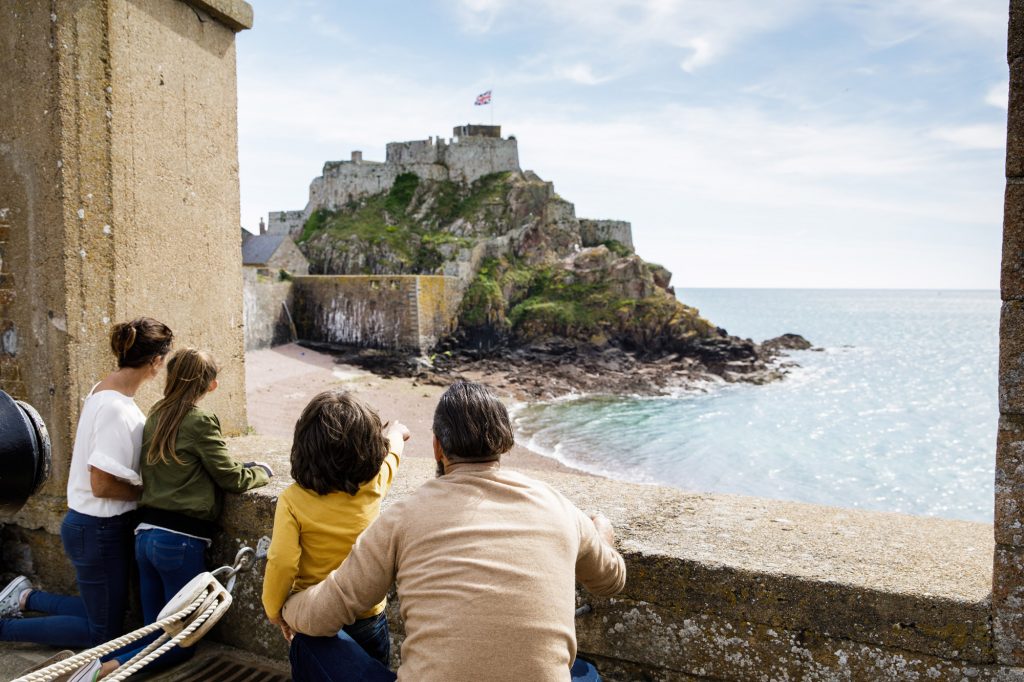 St Aubins Fort – In 1542 Sir Henry Cornish had a small tower built on St Aubin’s islet to house cannon, which could be used to defend the anchorage. An extra gun platform was built at the foot of the tower in 1588 at the time of the Spanish Armada. It became a fort in 1643 during the English Civil War when a wall was built around it. In 1646 the Prince of Wales, later Charles II, visited it while he was staying at Elizabeth Castle. In 1651 despite having 12 cannon it surrendered to the Parliamentarian forces. 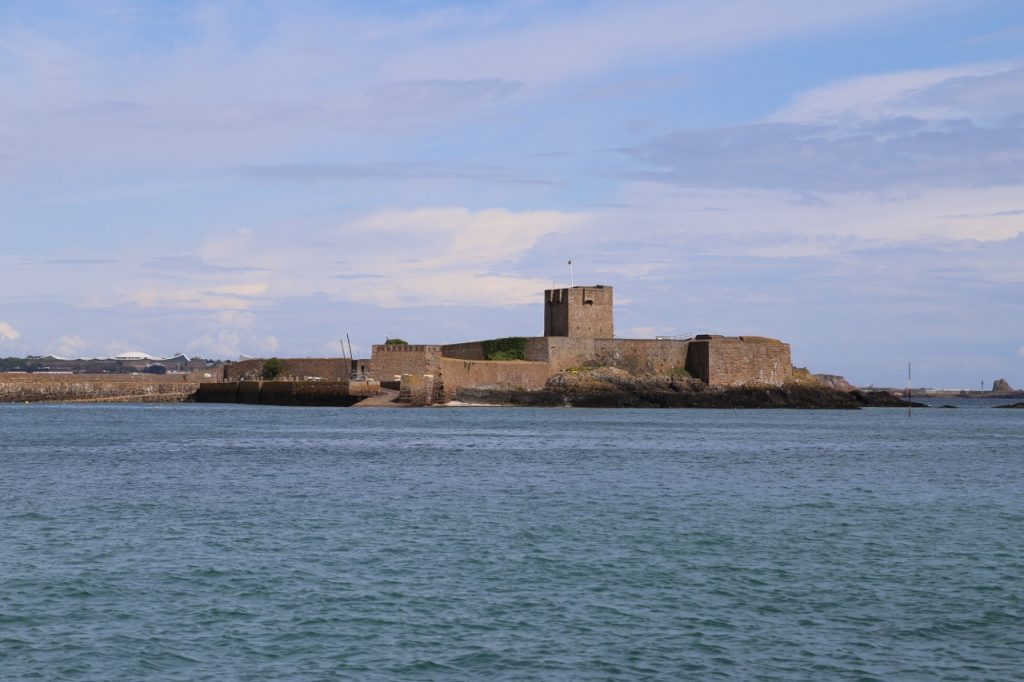 Le Moulin de Quetivel is set amid beautiful woodland surroundings, Le Moulin de Quétivel is Jersey’s last remaining working watermill and gives a unique insight into the 18th century when milling was at its peak.The first recorded watermill on the site was the property of the Crown in 1309. During the following centuries the mill changed hands and was rebuilt several times. 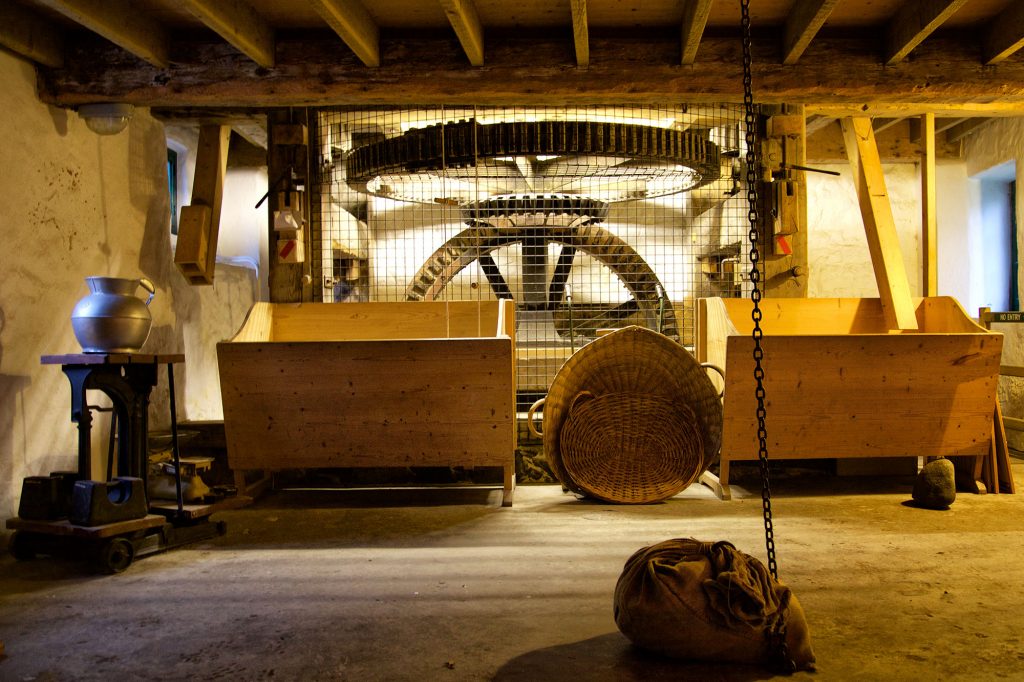 16 New Street was constructed in the 1730s, 16 New Street is undoubtedly the finest remaining Georgian town house in St Helier and, as such, presents a wonderful example of the elegant architectural style and fashions of 18th century Jersey. The property has been described by Sir Philip Bailhache, former Bailiff of Jersey, as “a lost jewel in the crown of the architectural heritage of Jersey’”. 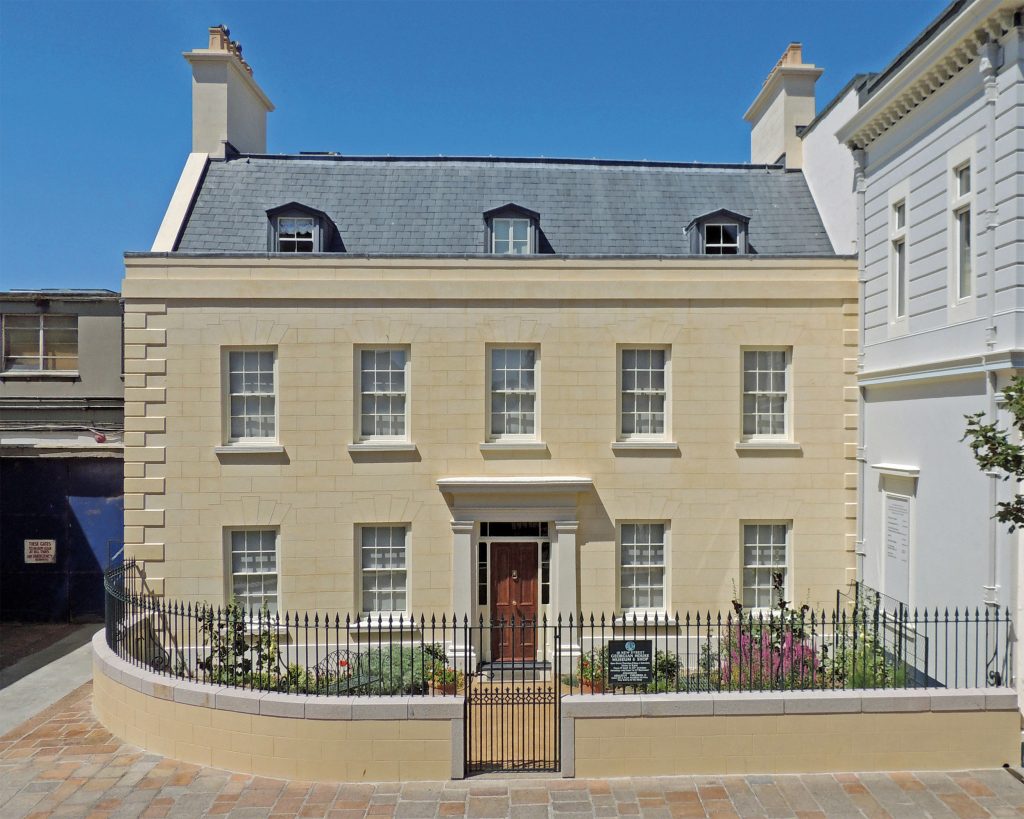 The Elms is an attractive 18th century farm complex situated at the top of St Peter’s Valley. Gifted to the Trust by Mr Nicolle Jean Perrée in 1975 it has been used as the Trust’s headquarters since 1978. Surrounded by 80 vergées of land and comprising of a main house, farmhouse and an extensive range of outbuildings, The Elms displays a wealth of architectural detail as well as providing an insight into Jersey’s agricultural heritage

Greve De Lecq Barracks was built at the height of fears of a Napoleonic invasion, these early 19th century barracks are the last remaining in Jersey and present an exciting opportunity to learn more about this interesting period in Jersey’s military history. One of the few sheltered bays along the North Coast, Grève de Lecq has always been vulnerable to attack. In 1779 it became apparent that the French were making plans to invade Jersey, with half of their expeditionary force landing at Grève de Lecq, measures were immediately put in place to defend the bay 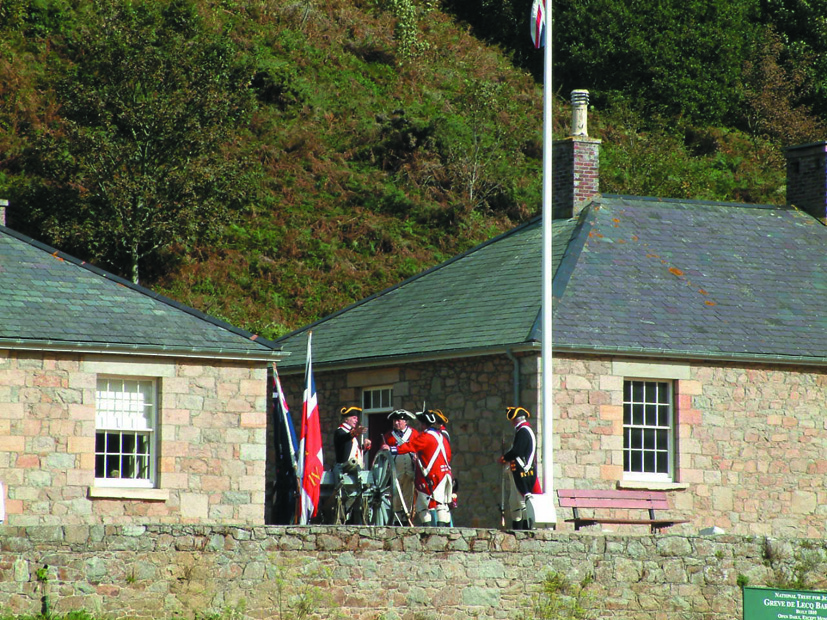 La Corbiere Lighthouse was the first in the British Isles to be built of reinforced conrete and its light is visible for 18 miles (29 kms) in clear weather. The name La Corbière, first recorded in 1309, means the place of the ravens or crows; however, in the 1850s Victor Hugo described it as “the herdsman of the waves”. This south-west corner of the island had a fearsome reputation amongst sailors and was the scene of many wrecks. The 10-metres high lighthouse, designed by Sir John Coode, was completed in November 1873 and was switched on the following April. 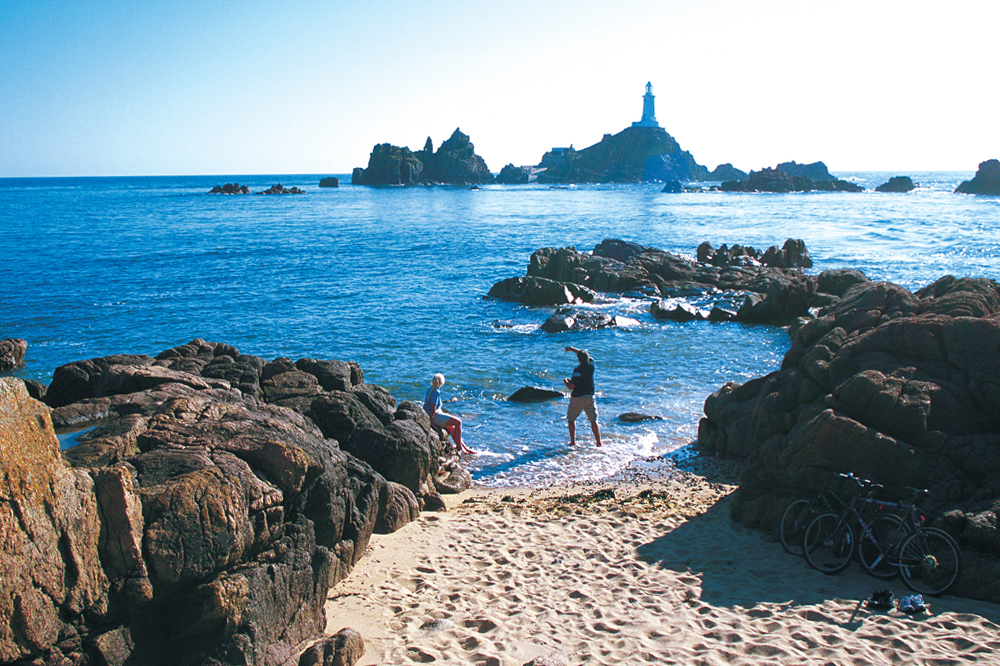