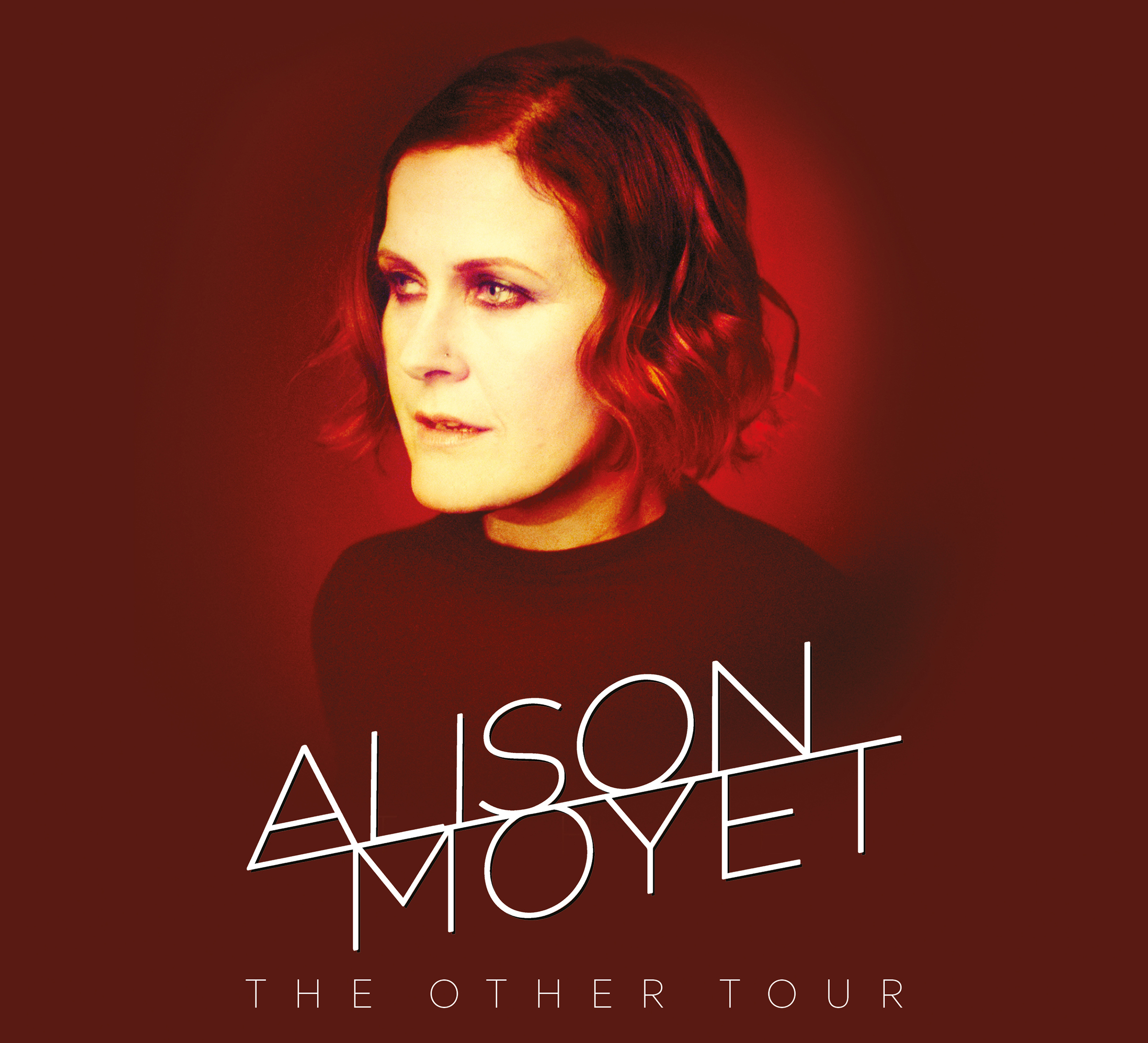 Alison Moyet is a Basildon girl born to a French father and English mother. Having left school at 16, she began her musical journey in punk bands and on the Canvey Island pub rock scene. Her piano tuning studies came to an abrupt halt when ‘Only You’ became a worldwide hit for her and Vince Clarke, the duo otherwise known as Yazoo. Completely by accident, she found herself thrust into the spotlight of the mainstream pop world.

In 1985 Moyet performed at the legendary first Live Aid concert and her next album, 1987’s ‘Raindancing’ gained her a third Brit. From Wembley Arena a world tour followed.

In 1991 Alison released the highly acclaimed album ‘Hoodoo’, a complex collection of raw rock roots and deep soul music that garnered her a Grammy nomination.

1994 saw the release of ‘Essex’ which contained the gorgeous acoustic version of Moyet’s cover of Jules Shears’ ‘Whispering Your Name.’

In 1995 ‘Singles’ entered the UK album chart at No.1, and clearly demonstrated just why Alison Moyet is one of Britain’s finest recording artists. Following another sold out tour of the UK (including three nights at the Royal Albert Hall), the ‘Singles’ album was repackaged with a bonus live CD (‘No Overdubs’) and re-entered the Top 20.

Towards the end of 2001 Alison made her stage debut in the West End hit musical ‘Chicago’ playing the role of Matron ‘Mama’ Morton to critical acclaim. Signing to Sanctuary in 2002 ‘Hometime’, her first studio album in eight years was released to loud critical acclaim and quickly topped 100,000 sales, catapulting Alison into the Top 5 Best Selling Female UK Artists and gaining her a nomination for Best Female Vocal at the 2003 BRIT Awards. Her Top 10 album ‘Voice’ was released