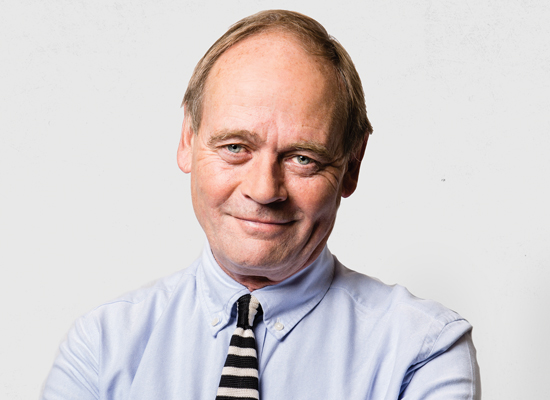 John Lloyd CBE is the man behind many of Britain’s best-loved comedy shows. Last seen at Jersey Arts Centre’s 35th anniversary celebrations, he is back by popular demand in an evening of questions and answers.

Please submit your questions for Mr Lloyd by 5pm on Thursday 11 April to: [email protected]

As a radio producer in the 70s, he started The News Quiz, Quote…Unquote, The News Huddlines and To The Manor Born and co-wrote the first series of The Hitchhikers Guide To The Galaxy. Moving to television in the 80s, he founded Not The Nine O’Clock News, Spitting Image, Blackadder and QI. He has written more than 30 books, directed dozens of TV commercials and, in his spare time, presents Radio 4’s The Museum of Curiosity.

Due to a unique anomaly, he has won more BAFTA awards than anyone except Dame Judi Dench. Despite this, he is an incredibly modest fellow. Nominated 129 times for the Modest Fellow of the Year Awards, modestly, he has declined to accept.

Join him in answering your questions and in, what no doubt will be, a cheerful and hilarious meander through his broadcasting history.