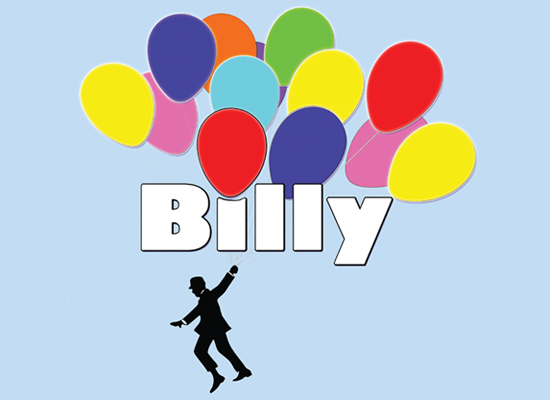 Drama Lab’s hard working, musical theatre summer school performers present this classic musical based on ‘Billy Liar’ and is a celebration of under two weeks intensive rehearsal and production!

Daydreamer Billy Fisher lives with Mum, Dad and Gran in Yorkshire and is an undertaker’s clerk – but in his mind he is a film star, a scriptwriter, the President of Ambrosia…and anything else glamorous that he dreams up!

However, nobody else believes him, certainly not Barbara or Rita, to both of whom he has promised marriage, though there is only one engagement ring! He frantically tries to lie his way out, so he can run away with Liz, the only girl who understands him, but will he succeed?

‘Billy’ is a funny and fast-paced musical, with outstanding songs such as ‘Ambrosia’ and ‘Some of Us Belong to the Stars’.