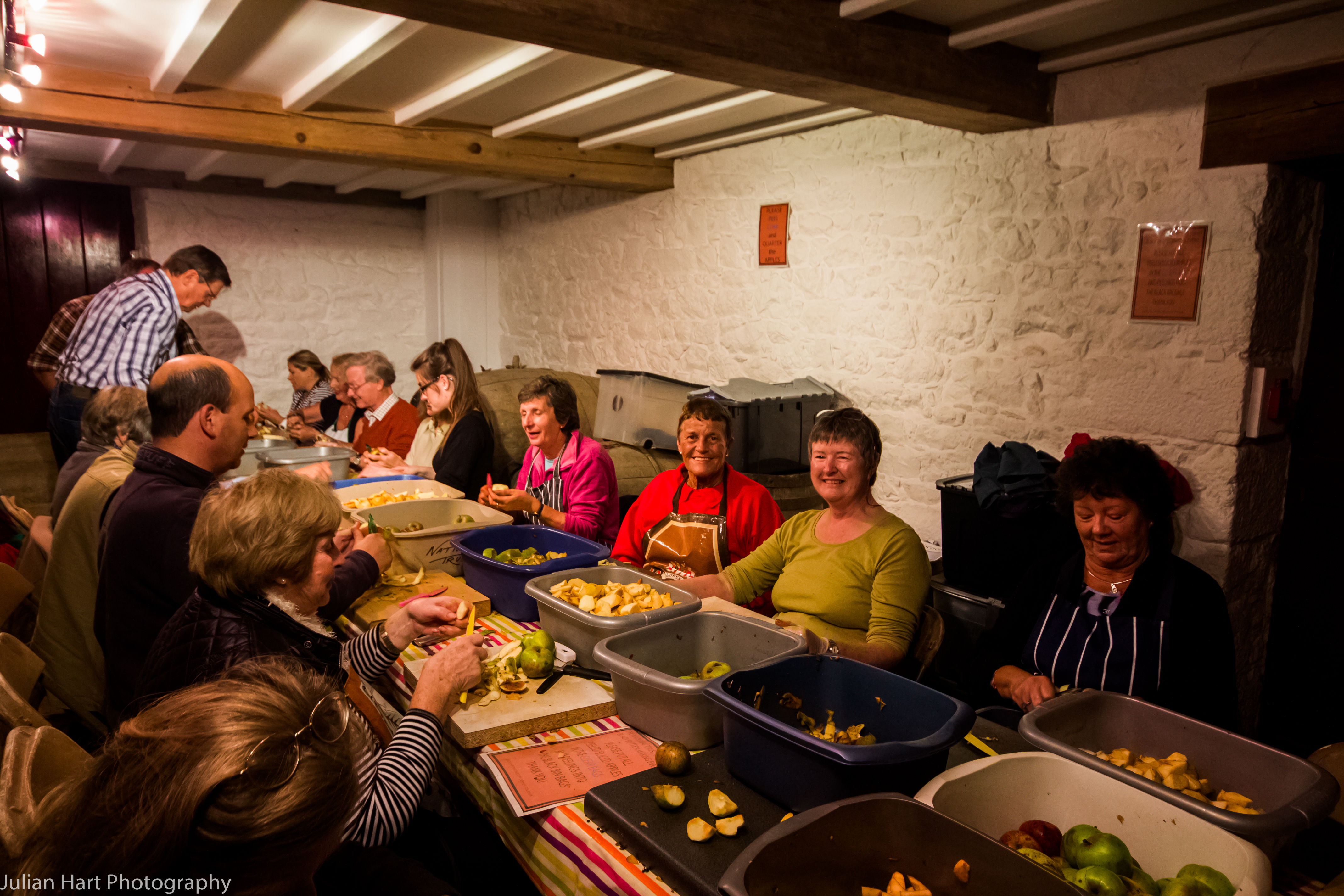 Come along and get involved in the National Trust for Jersey’s annual Black Butter making event. It is a real community affair with all ages welcome and it is free!

Between 1600 and 1700, twenty percent of Jersey’s arable land was made up of orchards. Cider was made by farmers to give to their staff, making up part of their wages. A great tradition that existed as a result of the Island’s proliferation of apples was the production of ‘black butter’ or ‘Le Niere Buerre’. Made from cider apples, the mixture was boiled over a fire for many hours – up to two days and continuously stirred with a wooden ‘rabot’ or paddle. Finally, when the ‘apple jam’ mixture had reduced to half the volume, sugar, lemon, a mixture of spices and a hint of liquorice were added. Production of the butter was a very popular community event following each winter crop with traditional singing, dancing, storytelling and chatting going on into the early hours of the morning.

In an effort to keep this tradition alive, the National Trust for Jersey stage its annual event and invite participants to embrace the community spirit and get involved in the ancient art of making Black Butter – peeling apples from 2 to 5pm in the Pressoir at The Elms.