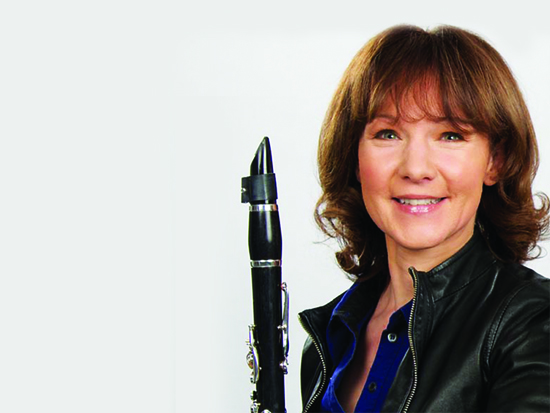 Emma Johnson is one of very few clarinettists to have established a busy international career which has  taken her to major European, American and Asian venues as well as to Africa and Australasia. Her recording of sonatas by Brahms and Mendelssohn with John Lenehan was described as “definitive…triumphant…a landmark disc” in the Observer (April 2012) and follows on from her classical chart-topping successes: “Voyage” and “The Mozart Album” on the Universal label.

Emma Johnson’s repertoire includes all the major clarinet concertos, including works written especially for her by John Dankworth, Will Todd, Michael Berkeley and Stephen Barlow and has led to engagements with many of the world’s leading orchestras, including the Royal Philharmonic, London Symphony, Tokyo Philharmonic and Salzburg Camerata