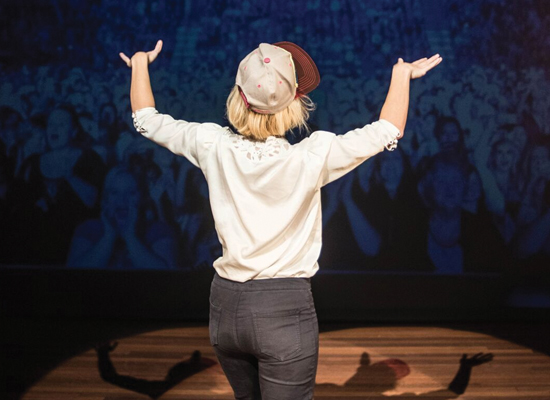 In ‘European Citizen Popsong’, you’re part of a musical trip through Europe. Last year, Belgian theatre maker Marieke Dermul researched if such a thing as a European sense exists. The power of music has erased boundaries before, but can it make us feel connected as citizens, even after the Brexit? With this question in mind, she started a journey through Europe. By collecting opinions and musical input by citizens all over Europe, together with a shimmer of Eurovision along the way, the pop song for unity arose…with lyrics as a collection of fears and doubts…with music as a symbol of hope.

A hit at the 2018 Edinburgh Fringe (and performed in English) Marieke was nominated for the Filipa Braganca Award for Best Solo Performance by an Emerging Female Artist. The production plays Jersey Arts Centre as part of its international tour.