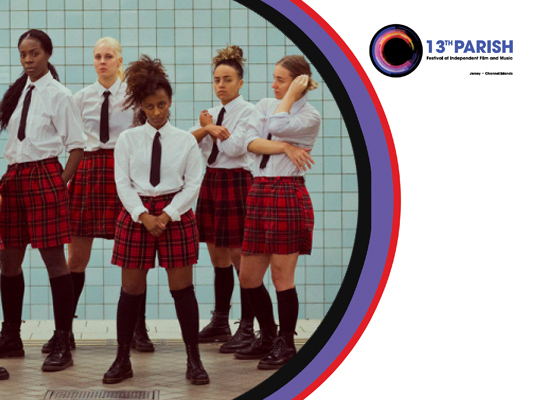 Welcome! Our opening night shows brings together some special, award-winning films, chosen for their rich imagination and ingenuity. Relax and enjoy some of the stars of the short film world in the past year.

Natalia, trapped in a tedious job, engages in a search for a stolen heart. In a world where hearts can be deposited in a bank, the protagonist faces a dilemma: give her a heart of keep it to herself. Best Short Film, CinEuphoria 2019

Under the spell of mass entertainment on the high seas. Special Jury Award, SXSW 2019

‘A Song for Europe’

This film is an underwater celebration inspired by a message for motorists on Eurotunnel trains.

‘Anthony, The Invisible One’

Just one painting has the ability to express much more about the complexities and beauty of life than can be seen with the naked eye. Best Short Film, IndieCork Festival 2018

Even though Sam’s father is hardly ever home because he is often away on business trips, he is able to connect with his son by teaching him how to pack a suitcase. Best Animation Short Film nominee, Academy Awards 2018

The employees of the various commercial venues, portrayed as animals, deal with boredom and existential anxiety by performing cheerful musical turns. The apocalypse is a tempting liberator. Grand Prix, Anima 2018

An adolescent boy attempts to untangle his memories of a mysterious infestation, the unraveling of his father, and the little creatures inside us all. Winner, Palme D’Or Best Short Film Cannes Film Festival 2018

Juck is the dance group that pushed the limits for how the female body is allowed to express itself and make a statement. A film that swings between documentary, dance and fiction and asks the question, ‘What is feminity?’. Best Documentary, Seattle Film Festival 2018

The total running time for the short films is 93 mins.