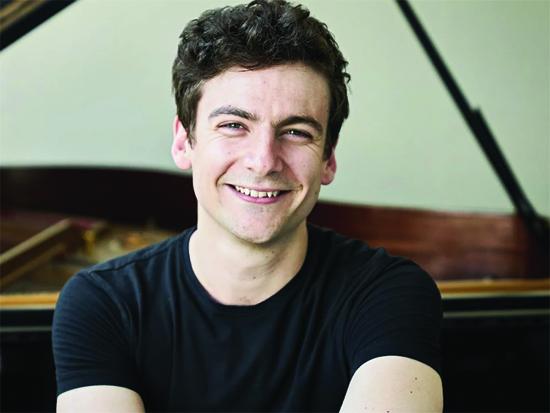 Alexander won 1st prize at the 11th Liszt International Competition in Utrecht in 2017. He immediately embarked on a tour of the Netherlands, making his debut at the Concertgebouw.

Born in 1991 in London, Alexander studied at the Curtis Institute of Music in Philadelphia and the Royal College of Music, London. Over the last year Alexander has returned to Wigmore Hall, given recitals in the Nottingham and SJE Arts Oxford International Piano series, and made his debut with the Royal Philharmonic Orchestra and Manchester Camerata.