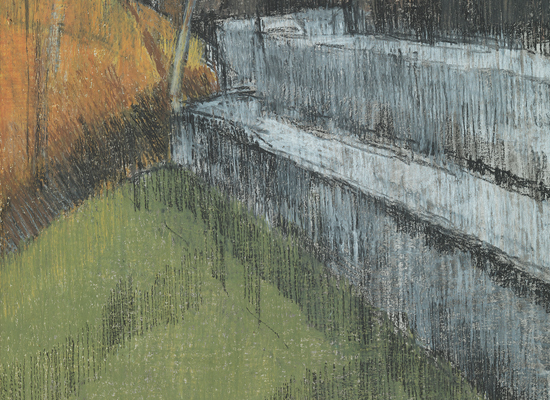 This year’s Fox Judge is Jake Atree, a painter who is based in Halifax, West Yorkshire.

Jake Attree is a figurative artist in the sense that everything he paints is based on something he has observed and almost certainly drawn. No matter how far the paintings may depart from the subject that inspired them, they nevertheless are rooted in and dependent upon these initial observations.

Attree is represented in London by Messum’s of Cork Street. He has shown widely in the UK over the past 25 years and has also exhibited work in America, Holland and Germany.

Image: ‘Part of the Ruins of St Mary’s Abbey, York, I’