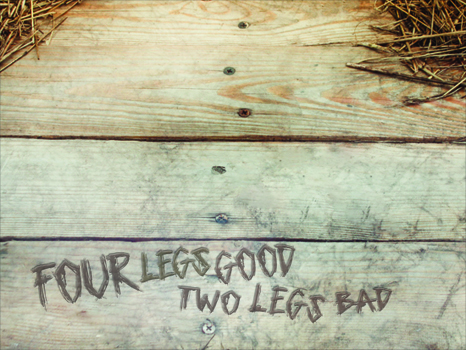 adapted for the stage by Ian Woodridge

“Man is the only real enemy we have. Remove Man from the scene, and the root cause of hunger and overwork is abolished forever…”

Revolution has occurred at Manor Farm. Napoleon, Snowball and their drove of pigs have assumed control and under the philosophical principles of “Animalism”, they have promised their fellow farm animals a life free of servitude. However, it is not long before the Seven Commandments that vowed freedom become the chains that imprison the residents of “Animal Farm” once again.