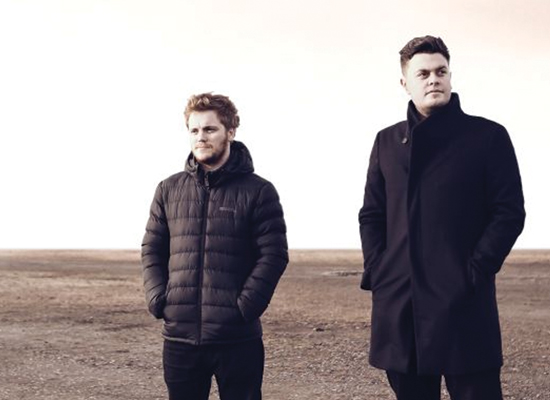 Greg Russell and Ciaran Algar joined forces in 2011. Combining Russell’s powerful vocals and driving guitar style with Algar’s All-Ireland winning fiddle playing, the duo have become one of the most sought after acts on the British folk scene. In 2013 the pair won the BBC Radio 2 Young Folk Award before going on to win the Horizon Award for best breakthrough act from the same source in 2014. In 2015, they were nominated in the BBC Radio 2 Folk Award Best Duo Catagory.

Having toured extensively in the UK for five years, as well as in Denmark, Germany and the Netherlands, Greg Russell and Ciaran Algar have released 3 studio albums.