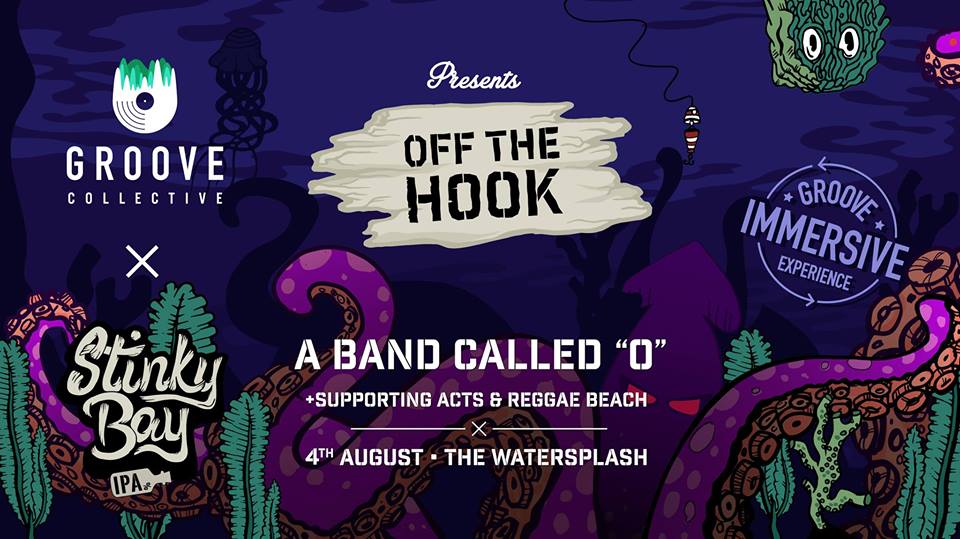 The Groove Collective have partnered with local producers, Stinky Bay Brewing Company r, to host a memorable day and night of music and creative art at the Watersplash.

Day event will be FREE from 2pm to 9pm.

After over 40 years since a Band Called ‘O’ last played together, the show is set to be an extraordinary mix of Jersey legends and the local creative scene. The founder-members of ‘0’ were all born and raised in The Channel Islands. They had played together and separately in many local Jersey bands in the 1960’s before forming A Band Called O and being signed to CBS/Sony Records. They recorded 5 albums on major labels and toured the UK and Europe consistently through the 1970’s.

The stage and downstairs diner will be shared with a lineup of local bands, musicians and DJ’s, including Electric Brick and Reggae Beach DJ’s. The Groove Collective partnership with Stinky Bay Brewery has provided inspiration to transform the Watersplash Nightclub into an immersive submerged aquatic theme that encourages all to participate in an underwater adventure.