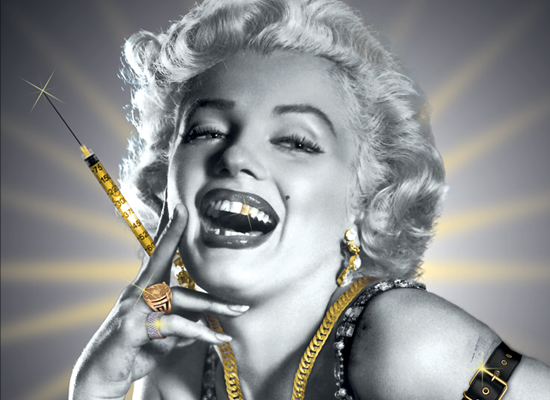 an heroin put the Great back in Britain?

Three flatmates battle Marilyn Monroe, cultural identity and snowflake mediocrity to save us all!

In 2009, Philip Stokes’ ***** (Scotsman, Sunday Telegraph, Fest) award-winning play exploded at the Edinburgh Fringe. Now ten years later, its original creative team reunite to revisit the play in a new production where today its prophecy and warning has become a reality.

‘Quite astonishingly accomplished, so beautifully written, that it takes one’s breath away’ **** Sunday Telegraph