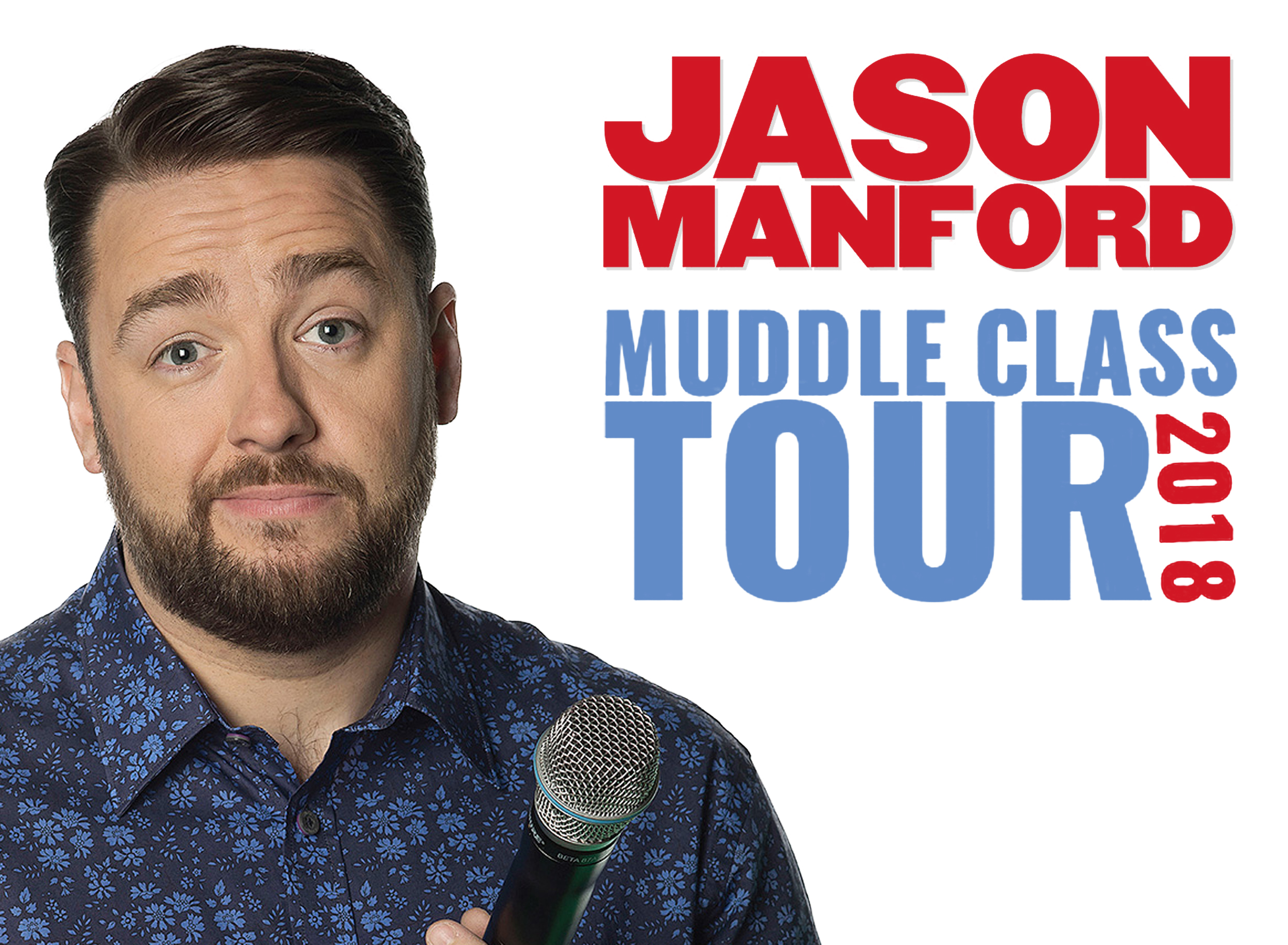 He’s back! It’s been a busy few years for Jason since his last smash-hit stand up show but fans of his Absolute Radio show will know this nationally acclaimed comedian hasn’t changed a bit. ‘Muddle Class’ promises to feature a wealth of new material about Jason growing up ‘working class’ then finding, over the years, that part of him has become ‘middle class’ – causing much confusion! Delivered with Jason’s amiable charm and captivating wit, this is a show not to be missed.

Jason said: “Somebody said to me on my Facebook fan page, ‘it’s been ages since you’ve toured’. I thought ‘no way, it was last year wasn’t it? Anyway, long story short, they were right, it was years ago! I just got fooled cos I’ve been on tour doing musicals and the last tour is repeated on Dave Ja Vu 13 times a day! So I’ve been putting some stuff together, looking at my life and how it’s changed over the years, how the world has changed and how my parents haven’t changed a bit! It’s going to be a great tour and I can’t wait to see you there.”