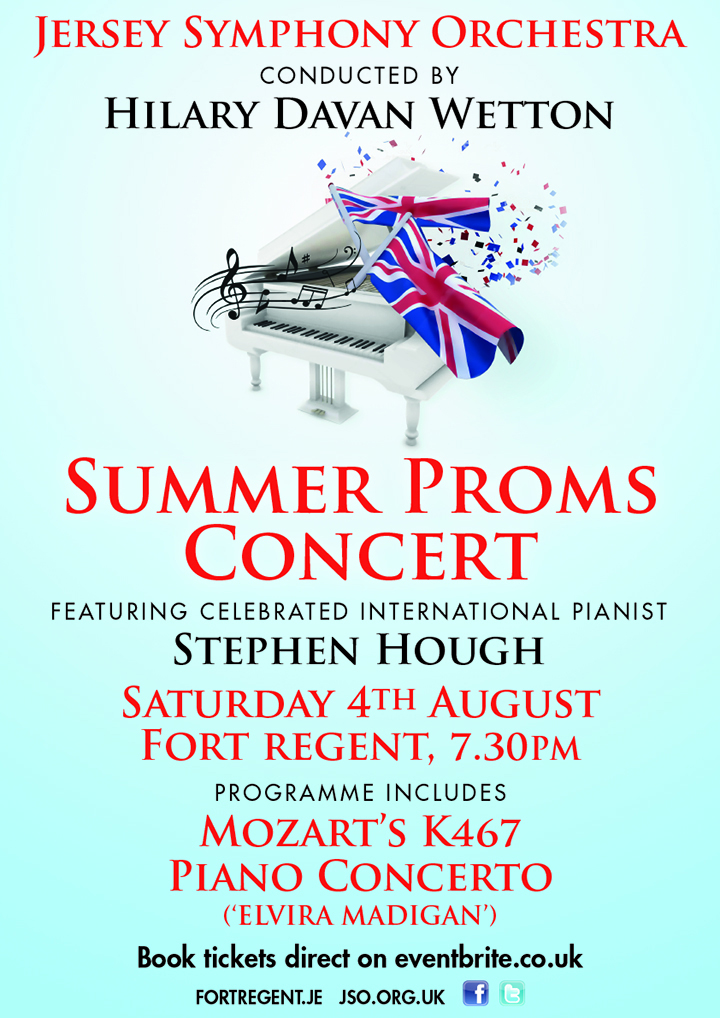 The Summer Proms Concert guest conductor will be Hilary Davan Wetton and Leader, Martin Smith who will also be performing the solo from Danse Macabre by Saens Saens.

We are delighted to welcome Stephen Hough as our soloist to play the Piano Concerto No. 21 in C Major (K467) by Wolfgang Amadeus Mozart. He has had a distinguished career which began as a finalist in the BBC Young Musician of the Year, winning the piano section in 1978 and has appeared as a soloist with most of the major orchestras throughout the UK, America, Canada, Hong Kong and Tokyo. Sometimes called ‘Elvira Madigan’, this title came into being after the second movement was used in a film about a tightrope walker of that name in 1967.

The concert will also include the Proms favourites such as Pomp and Circumstance Marches and a selection from Fantasia on British Sea Songs.

Tickets can be bought on-line at eventbrite.co.uk or in person from Fort Regent Box Office

In the event of difficulties with your booking, or if you have wheelchair requirements please telephone Daytime 449614 or Evenings 856850.