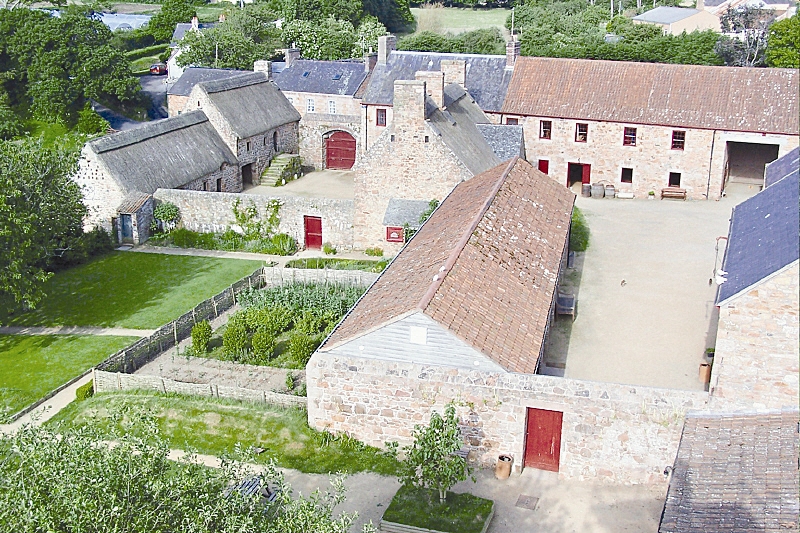 Welcome to the home of Laurens Hamptonne, Jurat of the Royal Court of Jersey.  The year is 1660 and King Charles II has been restored throne, following the tumultuous events of the English Civil War. The King twice took refuge in Jersey, firstly as the Prince of Wales in 1646. Hamptonne’s unstinting dedication to His Majesty, then in the position of Vicomte (Viscount), has been rewarded with favours that conferred upon him a higher position in society, and secured the future of his estate by Royal Patent.

Laurens can often be found reading in his chamber, or sternly instructing his steward in housekeeping matters. Stories of his friendship with the King, who is rumoured to have stayed at Hamptonne, have spread far and wide. You’ll see that Laurens has become rather grand.