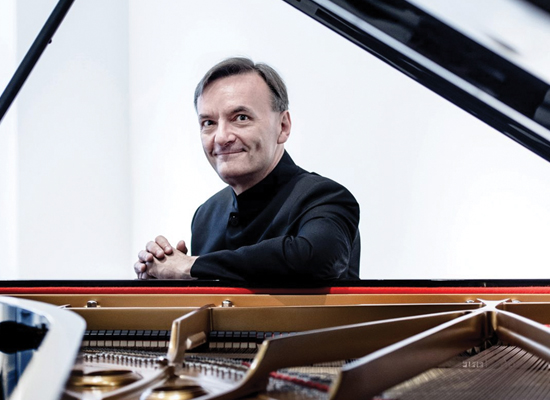 One of the most distinctive artists of his generation, Stephen Hough combines a distinguished career as a pianist with those of composer and writer. Named by The Economist as one of Twenty Living Polymaths, Hough was the first classical performer to be awarded a MacArthur Fellowship and was made a Commander of the Order of the British Empire (CBE) in the New Year’s Honours 2014.

Since taking first prize at the 1983 Naumburg Competition in New York, Hough has performed with many of the world’s major orchestras and has given recitals at the most prestigious concert halls. He is a regular guest at festivals such as Salzburg, La Roque d’Antheron, Mostly Mozart, Edinburgh, and BBC Proms, where he has made more than twenty concerto appearances.