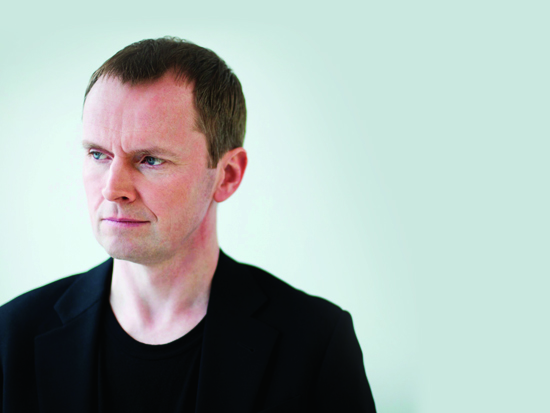 “Some pianists guild everything they touch with their own personality; some are like chameleons, finding a new colour for each composer. Last night the wonderful Scottish pianist Steven Osborne did both, which lent the whole evening a miraculous air…every note seemed to vibrate with intelligence” – The Daily Telegraph

Steven Osborne is one of Britain’s most treasured musicians whose insightful and idiomatic interpretations of diverse repertoire show an immense musical depth. His numerous awards include The Royal Philharmonic Society Instrumentalist of the Year (2013) and two Gramophone Awards. His residences at London’s Wigmore Hall, Antwerp’s deSingel, the Bath International Music Festival and most recently with the City of Birmingham Symphony Orchestra are a testament to the breadth of his interests and the respect he commands. Concerto performances take Steven Osborne to major orchestras all over the world including recent visits to the Deutsches Sinfonieorchester Berlin, Salzburg Mozarteum, Oslo Philharmonic, Australian Chamber Orchestra, St Louis Symphony, Aspen Music Festival and Mostly Mozart Festival at Lincoln Center. Summer 2017 saw Steven give the world premiere of Julian Anderson’s Piano Concerto “The Imaginary Museum” in his fourteenth performance at the Proms. A long-time admirer of Osborne’s playing, Anderson wrote the piece for a dedicated it to him.