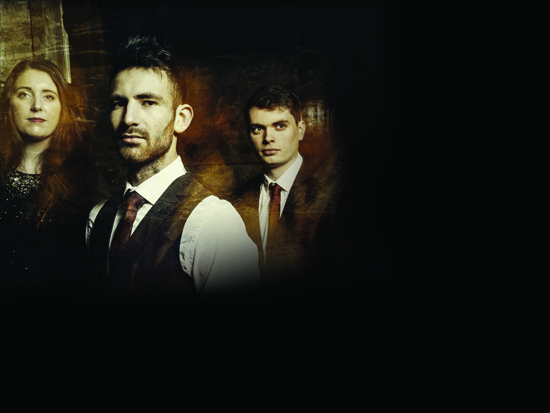 Nominees for the 2017 BBC Radio 2 Folk Awards’ Horizon Award, and winners of the 2015 Young Folk Award, Talisk are one of the fastest rising bands on the UK folk scene in recent years. Mohsen Amini (concertina), Hayley Keenan (fiddle) and Graeme Armstrong (guitar) create a captivating, energetic and dynamic sound that, in just a couple of years, has earned them multiple award wins, unwavering nationwide media praise, and standing ovations far and wide. Atop their collective titles, Amini was the 2016 BBC Radio Scotland Young Traditional Musician of the Year, adding to a trophy cabinet that far belies their years. With appearances at world-leading festivals including the Cambridge Folk Festival, Denmark’s Tønder, and Fairport’s Cropredy Convention, as well as live sessions on both BBC Radio 2 and BBC Radio Scotland’s flagship programmes, theirs is a star firmly, and rapidly, on the ascent