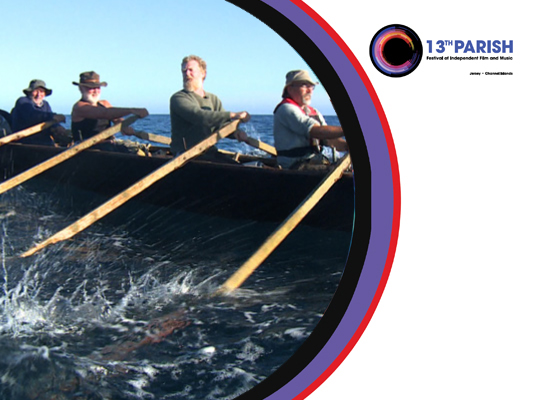 The crew, including a writer, two musicians, an artist and a stonemason embark on the Camino by sea, in a traditional boat they built themselves, on an inspiring and dangerous 2,500km modern day Celtic odyssey all the way from Ireland to Northern Spain. Rowing in a ‘Naomhog’ (a traditional West Kerry rowing boat) this tiny boat, against the backdrop of the vast ocean, struck a chord in peoples’ imaginations along the voyage. With courage, endurance, storytelling, music, poetry and song, this intimate documentary shows a coming together of people in the most fundamental and ancient of ways. “A heartwarming, spirited documentary that should not be missed” – RTE guide

A man obsessed with his work keeps finding notes everywhere he goes – but is he getting the message?