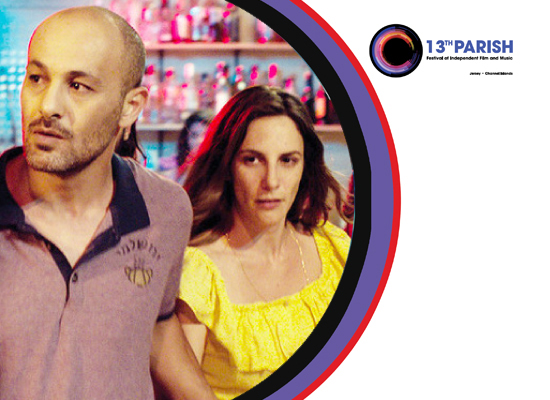 Winner of two major awards at Rotterdam Film Festival, Palestinian director Muayad Alayan’s second feature follows an adulterous couple caught in the quagmire of contemporary Israel and Palestine. Sarah runs a cafe in West and Saleem, from East Jerusalem, delivers bakeries in the West. On a fateful night, their illicit affair is discovered in Bethlehem. Caught up in the occupying machinery and socio-political pressure, they find themselves trapped in a web of deceit and not even the truth looks able to stop it. Audience Award and Tiger Award, Rotterdam Film Festival 2018. Grand Jury Prize, Seattle International Film Festival, 2018

Inspired by the topic of muses, the director explores the juxtaposition of formality and apathy in parodies of some of the most famous paintings from art history.