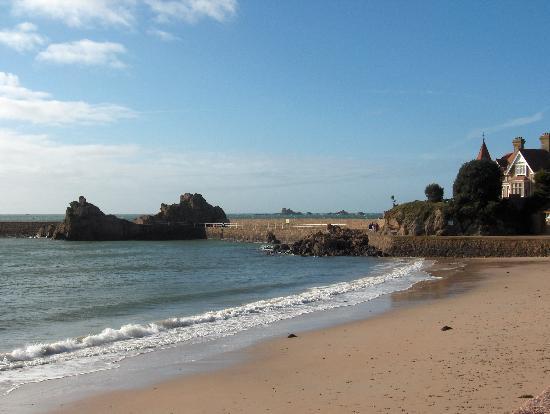 Join Roger Noel on a fascinating exploration of the South-East corner of Jersey, from coastline to country lanes and back again.

This circular walk begins at La Rocque Harbour where you can hear about the fascinating history of this harbour and former fishing port.  See where the invading French troops landed on a cold winter’s night of 5th January 1781, and learn of the 18th and 20th century fortifications that now protect this area of coastline, which is also a designated area of special interest, and protected Ramsar site.

From La Rocque you wander inland, venturing into the countryside, to enjoy fantastic views, catch glimpses of visiting and local birdlife, and hear a little of our agriculture and oyster farming industries.

The walk returns full circle, through the country lanes, following the route of the old Jersey Eastern Railway, and heads back to the beach, for a final stroll along the shoreline returning to La Rocque Harbour.

This gentle stroll, which encounters no hills and just a few steps, will take approximately three hours, with a chance of a well earned refreshment at the end.

Please meet at the Telephone Box at La Rocque Harbour.