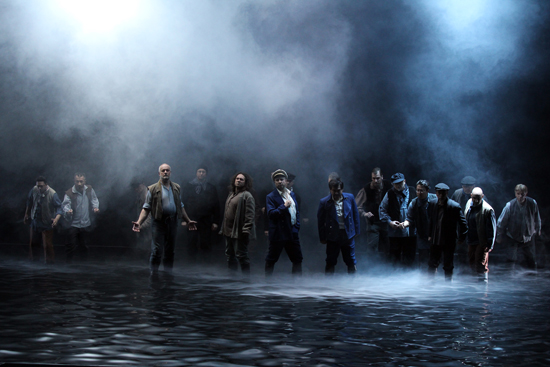 Screening in German with French Subtitles of the Rennes Opera production broadcast throughout Brittany.

Wagner took his inspiration for this masterpiece from Heine’s novel, ‘The Memoirs of Herr von Schnabelewopski’. In this three-act romantic opera, he tells the story of a Dutch sea captain who becomes a roaming phantom looking for the girl who could save him from damnation. Directed by the Blankenship Sisters, water plays a unique part in this production while the characters are highly developed. Presented with thanks to Rennes Opera.