I am a designer and freelance illustrator who graduated at the University of Plymouth. My artistic interests are mostly historical and landscape based but am expanding my skills towards graphic design as well.

As a major part of my creative career, I have volunteered for Jersey Heritage. Since 2012 I have created maps and tea towels as well as two books – one has been published with the second aiming for release autumn 2017. During this time, I have also have two exhibitions in the Museum Link Gallery. 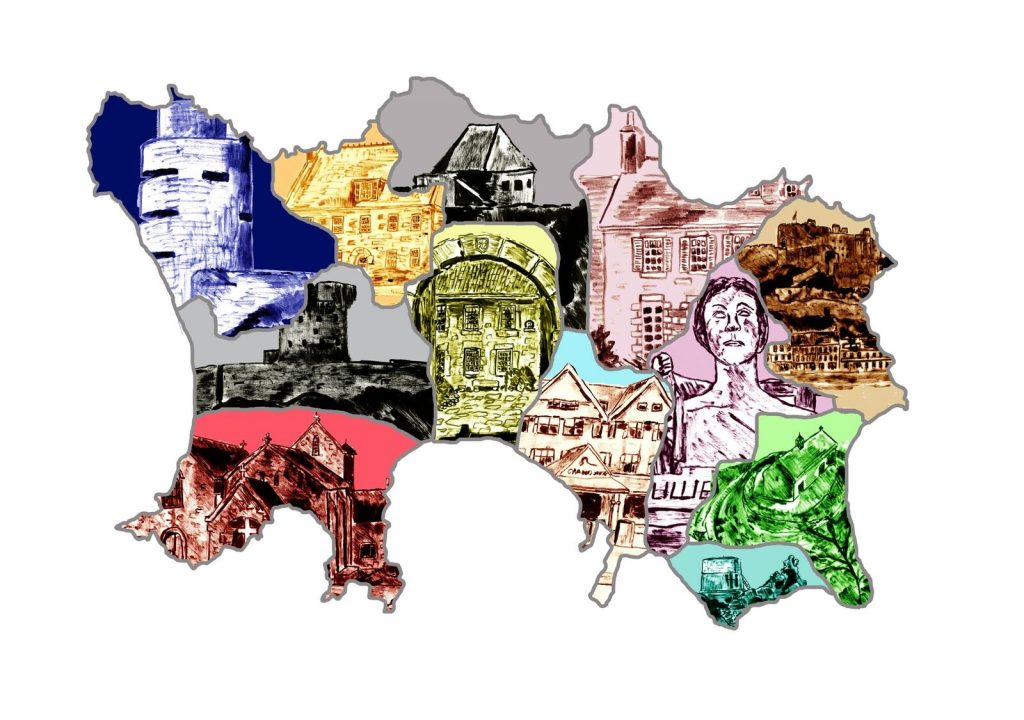 In 2012, I did an illustrated children’s book on the ‘Battle of Jersey’. This was a pet project of Doug Ford who was interested in the subject. Creating illustrations in the same style of ‘Horrible Histories’, this book was released in 2013, with copies sent to schools for children to be more aware of their local history. This was a landmark for me as it was my first published book. It is available to buy at the Jersey Museum as well as other Jersey Heritage sites. 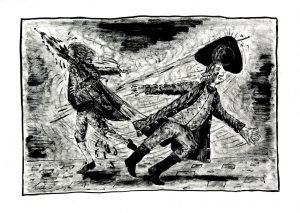 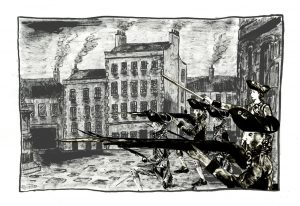 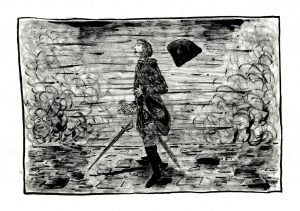 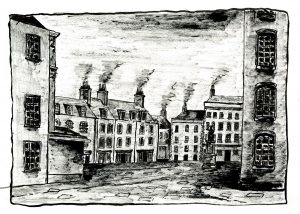 In 2016, I created posters for Liberty Bus which promoted my Heritage and Culture Map project. These were illustrated route maps that were placed along the stands of Liberation Station during the summer season. Another map was created which went inside many of the buses. 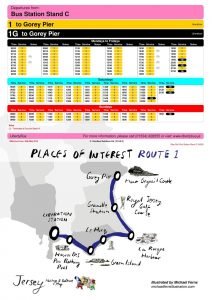 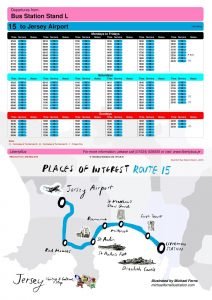 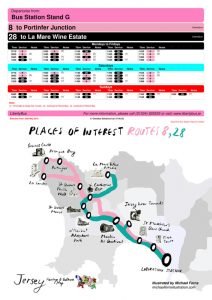 In 2017, I created an illustrated tea towel for Jersey Heritage. This shows the many aspects of Jersey. This is available to buy at all the Jersey Heritage sites. 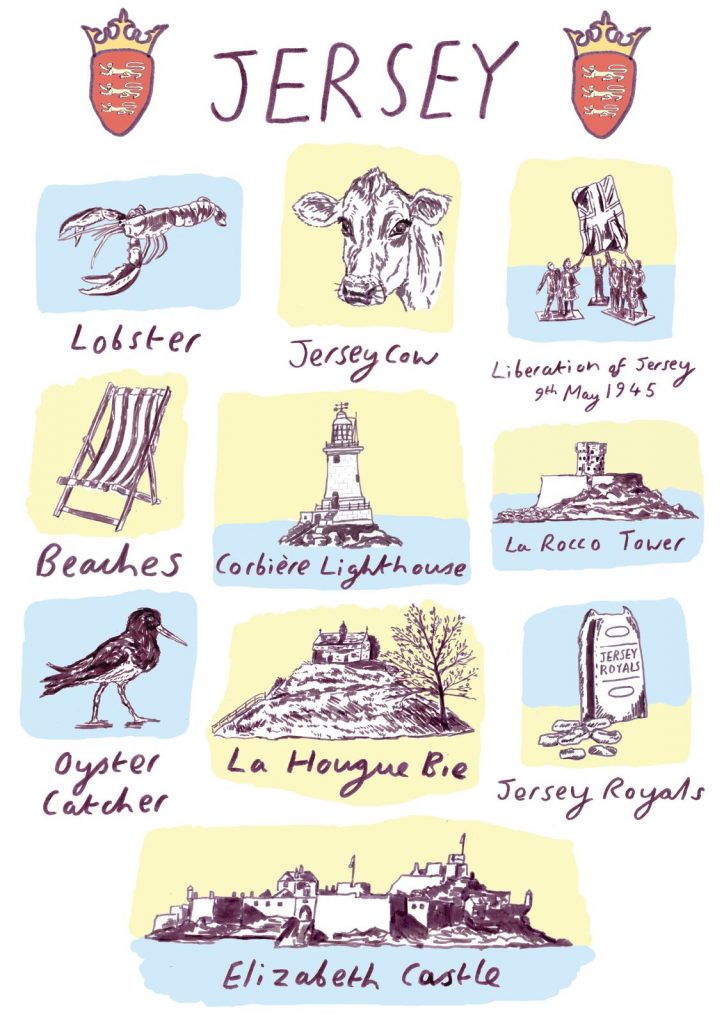 My most ambitious project with the Trust is the ‘Jersey Heritage and Culture Map Book’. This was masterminded by Volunteer Coordinator, Julia Coutanche with contributions from volunteers Alan Ley, Jill Stevens and Anne Forsyth. Since 2012, the project has transformed from an illustrated map to an in-depth walking book. This has all been colour coded and laid out as user friendly as possible. We have been fortunate enough to receive funding and should be produced and released later this year. 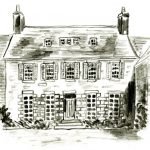 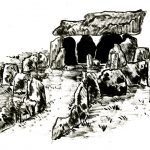 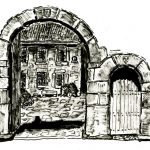 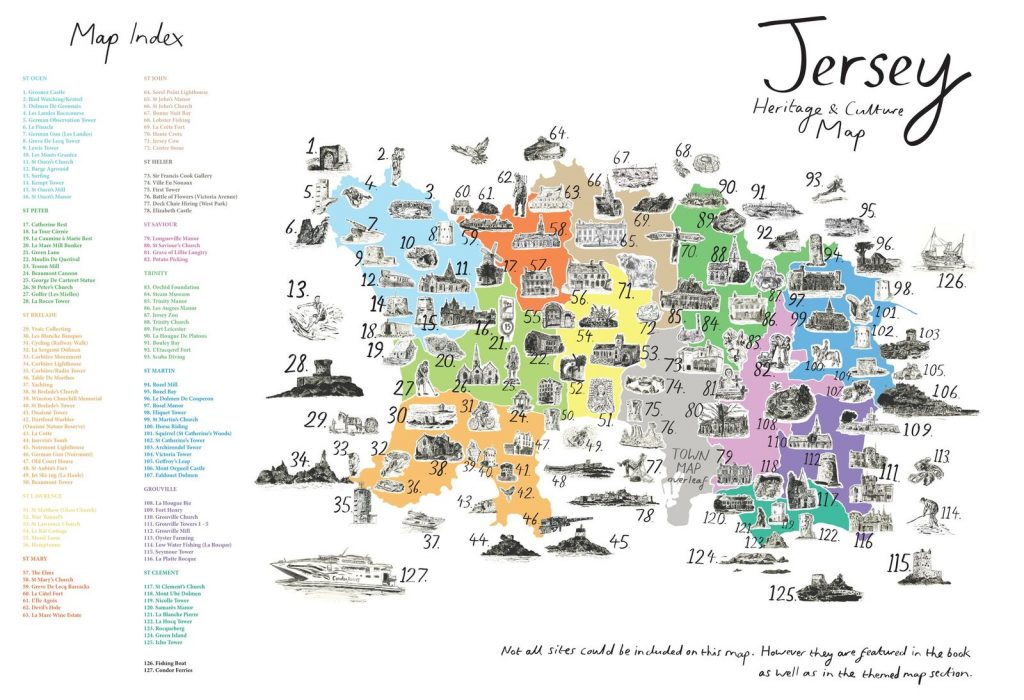 I have also done work for Gallery Magazine as well as for other people. To see more work as well as the progress of my Heritage and Culture Map book, check my website and Facebook page links below.

Illustrations and Artwork of scenes and landscapes