La Hougue Bie is one of the ten oldest buildings in the world, built long before the Egyptian pyramids and aligned with the equinox. Enter into one of Europe’s finest passage graves and discover Jersey’s neolithic history at this tranquil and spiritual heritage site. Nominated for a Visit England Hidden Gem Award. 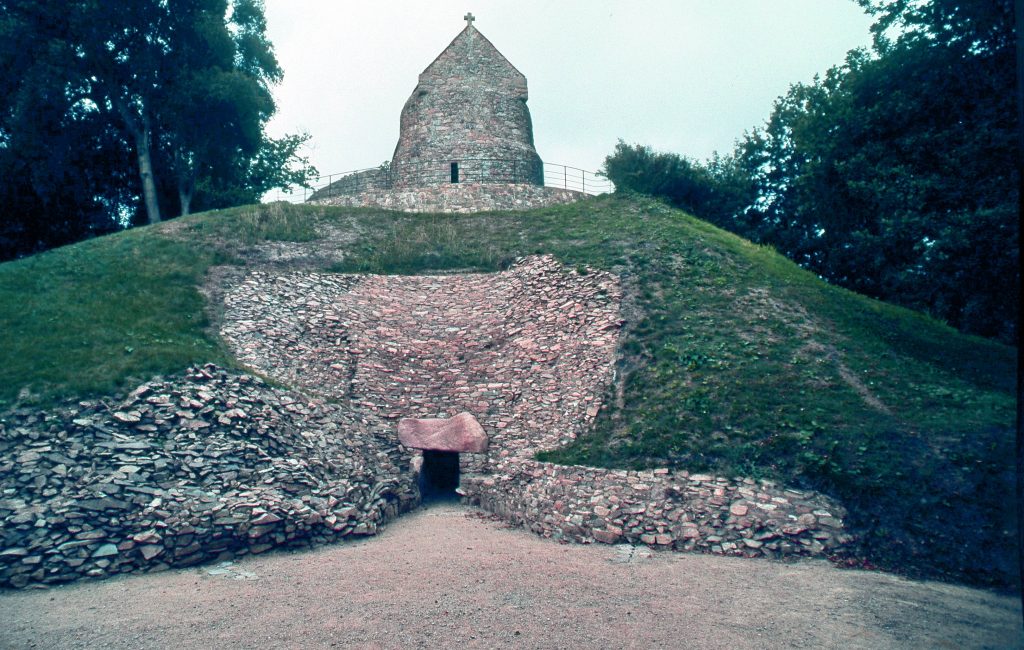 Ville-es-Nouaux – This Late Neolithic gallery grave (or allée couverte) was built around 5,000 years ago (3250-2250 BC). It consists of a rectangular chamber set within an enclosure of upright stones, which may originally have formed the edge of a long low mound that covered the monument. Ville-ès-Nouaux Only seven of the capstones remain. The site was excavated in 1869 by S P Oliver and F Porter and re-excavated by Bellis & Cable in 1883. 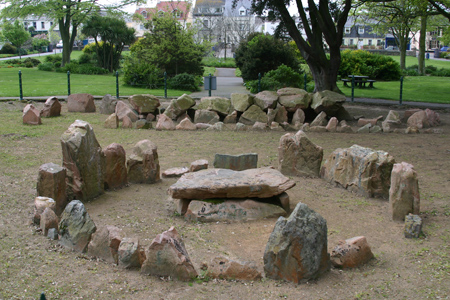 Les Monts Grantez – This Neolithic passage grave was built around 6,000 years ago (c. 4000-3250 BC) and consists of a passage leading into an asymmetrical chamber with a single side chamber. A mound covered the structure prior to excavations in 1912. Seven skeletons (six adults and a child) were found in the chamber, all were in a crouched position, lying on their sides and accompanied by limpet shells, bones of cattle, deer, horse, pig and goat and small piles of brightly coloured pebbles. 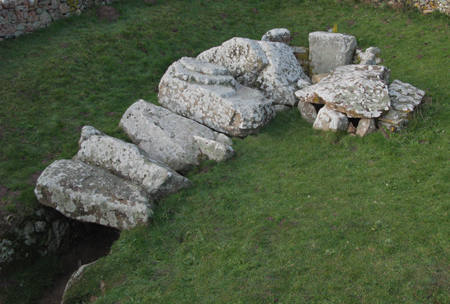 Dolmen de Mont Ube – This Neolithic passage grave was built around 6,000 years ago (c. 4000-3250 BC).It consists of a passage leading into an oval chamber with four internal cells. There may have been an outer ring of stones and a low mound over the site. Unfortunately the monument was badly destroyed by quarrymen before it was excavated in 1848. Finds from the site include fragments of decorated pottery, polished stone axes, stone pendants and a Roman gaming piece. 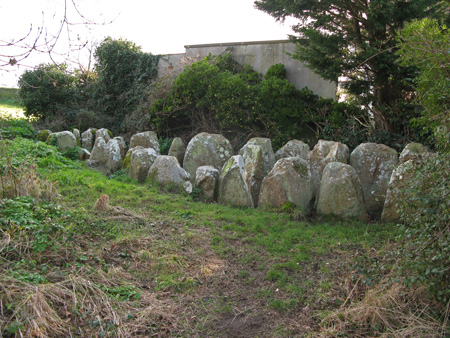 Le Dolmen du Couperon – This Late Neolithic gallery grave (or allée couverte) was built around 5,000 years ago (3250-2250 BC). It consists of a rectangular chamber set within an enclosure of upright stones, which may originally have formed the edge of a long low mound that covered the monument. Le Dolmen du Couperon The site has been badly excavated and restored, first in 1868 and again in 1919. An interesting feature of the monument is the porthole slab at the entrance. 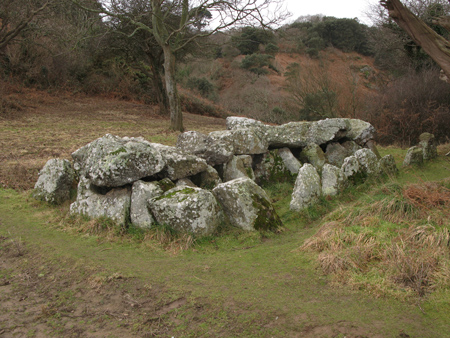 La Hougue des Geonnais – This Neolithic passage grave was built around 6,000 years ago (4000-3250BC). It consists of a passage leading into an unusual chamber which was originally ‘D’ shaped but later extended to produce a large open rectangular chamber. The site was first excavated in 1929 and was reinvestigated between 1985 and 1990. Finds from the site include a large number of flint tools, decorated pottery fragments and broken querns. 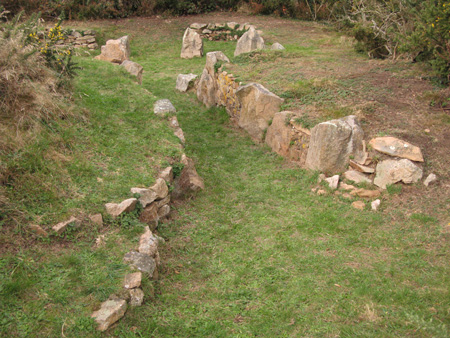 La Sergente – This Neolithic passage grave was built around 6,500 years ago (c. 4500-3250 BC). It consists of a short passage leading into a circular chamber of drystone construction and would originally have had a corbelled roof. The passage and chamber are paved with granite slabs except for an area in the southwest corner which is partitioned off by a curved line of slabs set on end. The site was covered by a mound prior to excavation in 1923. 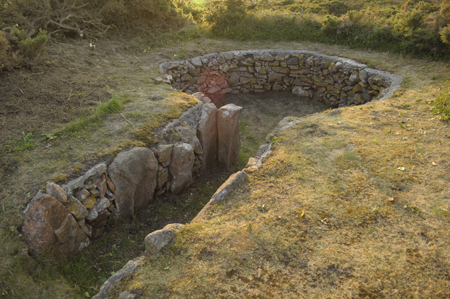 La Pouquelaye de Faldouet – This Neolithic passage grave was built around 6,000 years ago (c. 4000-3250 BC). It consists of a passage leading into an unusual double chamber. The main chamber is open and surrounded by a series of small stone cists (boxes) while the end chamber is covered by a massive 24-ton capstone. Human remains were found in the cists and finds from the chamber include pottery vessels, two polished stone axes and two stone pendants. 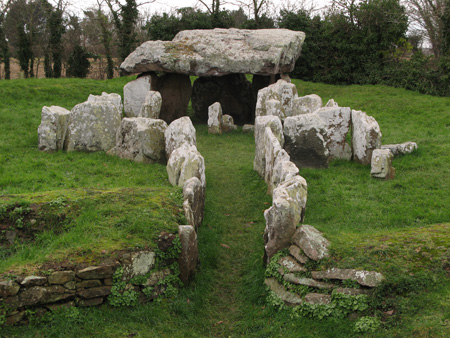 Underground – Societies have been burying their dead since pre-history. Sometimes human bones are discovered during modern disturbances such as building work or landscaping, or become exposed naturally through erosion. The study of human skeletal remains provides a valuable snapshot of past populations; how, when and where people lived, the conditions they suffered from and the cultural behaviours they practised. The same investigative techniques can be applied to modern forensic cases to help identify and assess human skeletal remains. Providing complete reporting services for human skeletal remains in the Channel Islands and UK 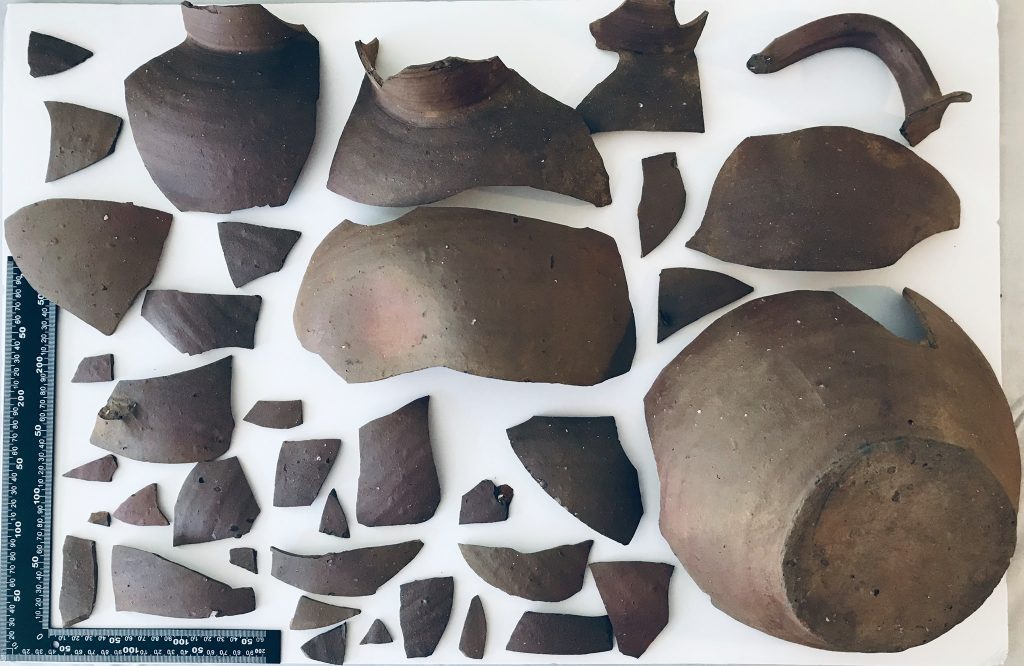