Dina Andrews aka ‘The Pink Cowgirl’ is a country & folk singer/songwriter from Jersey in the Channel Islands, who also presents country music radio shows for 2 digital radio stations. Her early influences include Kris Kristofferson, Gordon Lightfoot, Randy Travis and more recently, modern artists - among them Brad Paisley & Alison Krauss, among others. Her own voice and style have been likened to the late Kirsty MacColl.

Dina started playing violin at age 7, discovered guitar aged 10, has been playing ever since and began writing her own songs 8 years ago, after studying & gaining a degree in English literature and writing & publishing 3 novels:
Reflections From The Deep
Tears In The Sand
Tears In The Rain 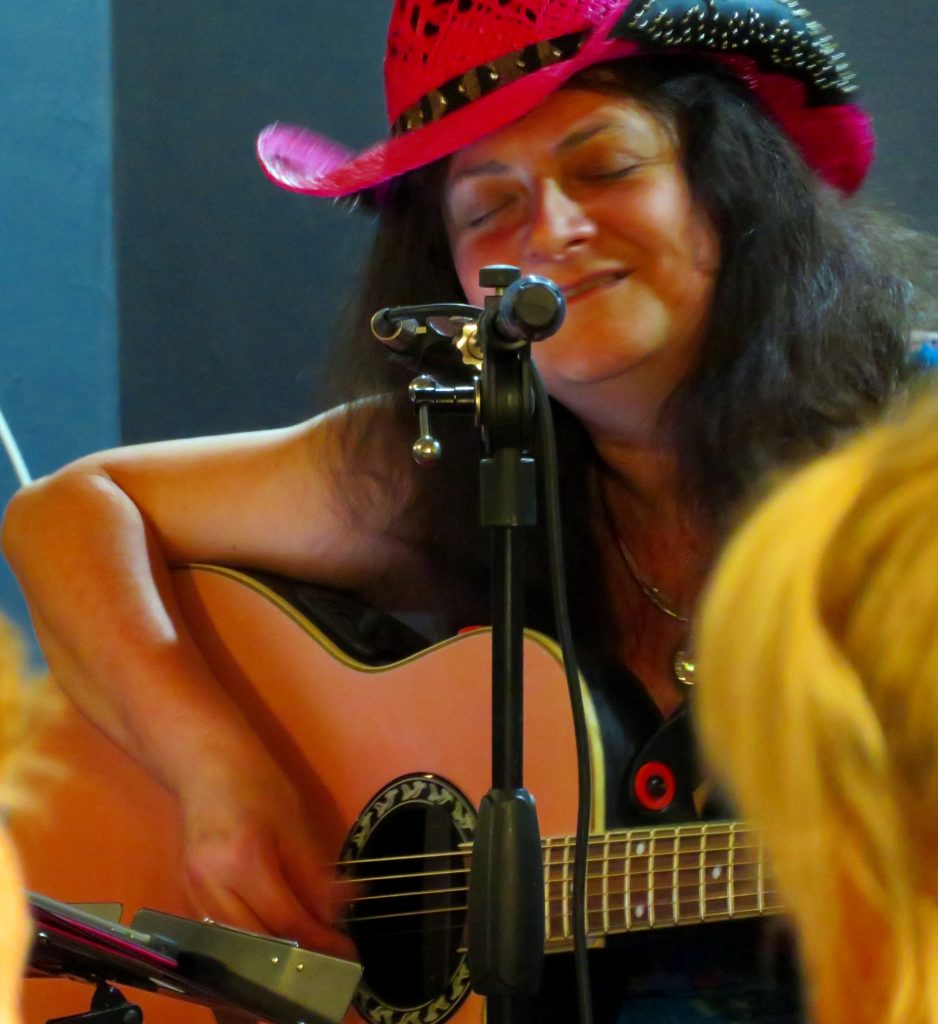 Her songs soon began to be noticed and some were recorded & released by ‘Paramount Song’ in Nashville, either sung by Dina or by various other female or male vocalists. She has performed many times in the Channel Isles and has played several live sessions on BBC Radio Jersey…..

She is a constant supporter of several local charities and has organised & performed at many fundraising shows, as well as donating all proceeds from her 1st single release to ‘The Jersey Brain Tumour Charity’. 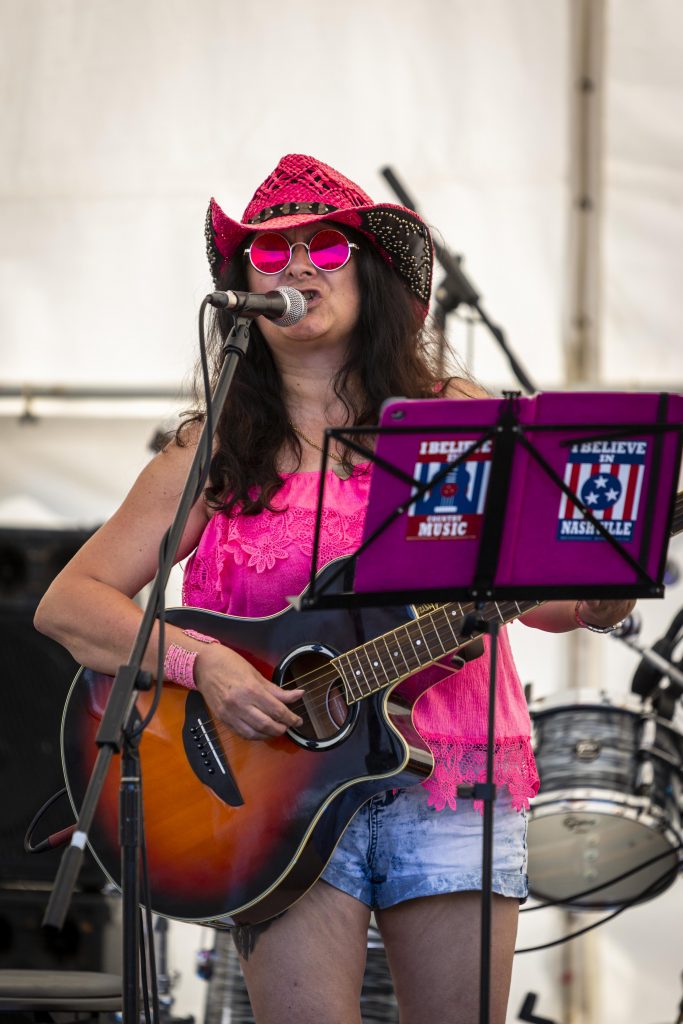 Here are a couple of shows she did recently;
Peas & Glove – An amazing charity supporting a young Jersey lad who had a terrible accident.

‘The Jersey Brain Tumour Charity’ – Dina set up a big charity event with some musician friends & raised much-needed cash for this fantastic charity.

All proceeds from her debut single ‘Tombstone Tarnia’ were also donated to ‘J.B.T.C.’

As well as co-writing with several US country singers, Dina’s own songs are being picked up & recorded by established US country artists (more news soon!).
Her first album ‘Complicated’ was produced by Sam Falle and recorded in Nashville, Tennessee in 2017 & 2018, partly in The Zac Brown Band’s ‘Southern Ground Nashville’ studio & partly in Sam’s own Nashville studio.
While in Nashville for recording, Dina played live at the legendary ‘Tootsies’ and ‘Swinging Doors Saloon’. 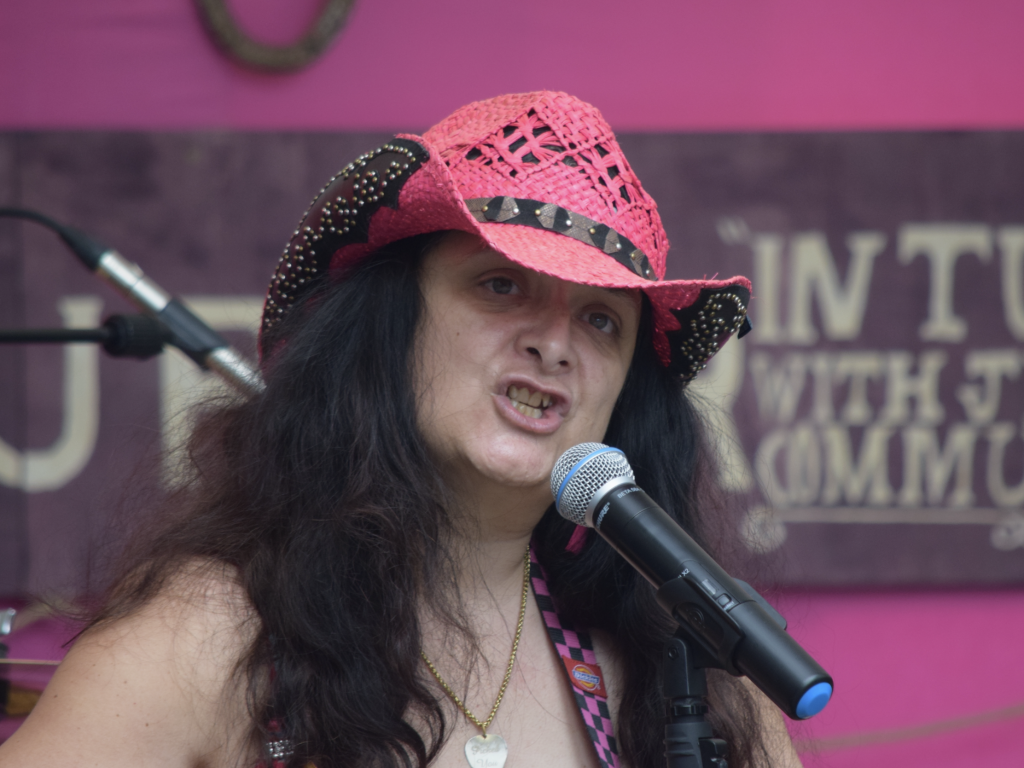 The album ‘Complicated’ was released in September 2018, is now on general release and currently being played by country radio DJs worldwide and Dina has 2 singles being released soon

These songs are available for download now on all of the usual digital outlets.
UK Country Radio recently dedicated a page on their website to ‘Dina Andrews’ and featured her ‘Complicated’ album for a week on the radio show.
She has won three Nashville Directors Awards for songs she entered for the ‘Nashville Songwriters Competition’. Those songs Are : “Let The desert Wind Blow”, “Always Loved the Spring” and “Sycamore Tree (not recorded as yet!)” and is currently finalising a new song ‘The Chosen Few’, inspired by WWI’s Armistice Day – and writing songs for a new album to be recorded & released in 2019. 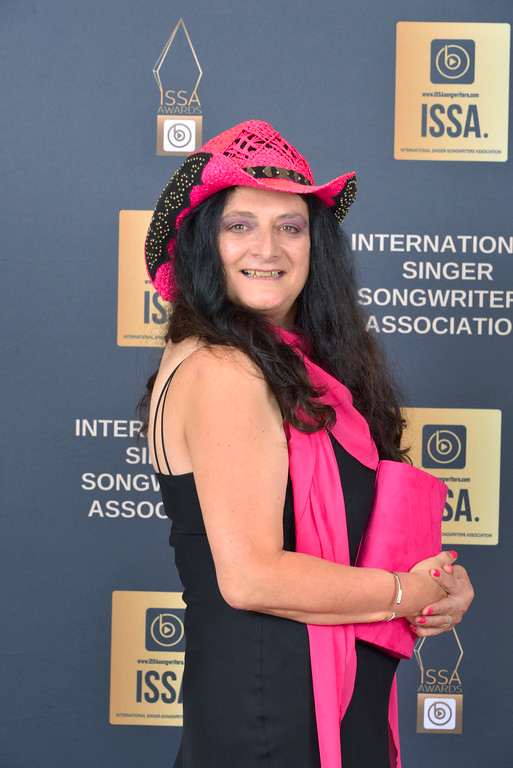 Early in 2019, Dina was nominated for the ‘International Singer-Songwriters Association’ ‘International Female Songwriter Of The Year’ award. She made it to the finals and won the gold award at the ceremony in Atlanta, Georgia in August. 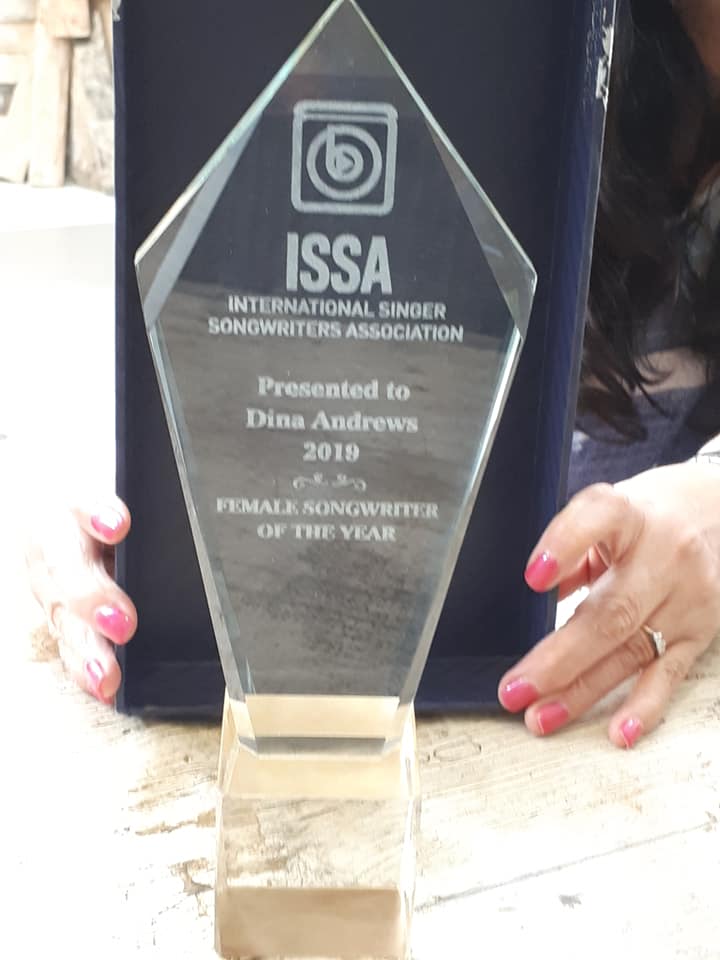 Dina is now the official I.S.S.A. representative for the Channel Islands in the UK.