The leading pop-opera girl group Ida are releasing their first Christmas album, Believe, on 7 December 2018. Georgi Mottram from Jersey, who is of the group’s four professional performers as well as its manager, has arranged an exciting collaborative opportunity for 150 young people from the Channel Islands to record backing vocals together on selected album tracks.

As Ida strive to introduce younger generations to their classical-crossover sound, Ida are delighted that the album will feature 150 students from The Theatre Workshop (led by Scott Livingstone) and JLPA (led by Jodie Lee) in Jersey, and Gate Stage Door Choir (led by Jo Martel) in Guernsey. The young people recorded their parts of their songs on 10 and 11 November, and they are now being sound mixed with the group’s vocals

Ida’s Georgi Mottram left Jersey to train in Opera at Trinity College of Music. Since graduating she has performed on the West End, at 54 Below on Broadway, supported Russell Watson and the LSO at The Proms on Thames, recorded with Katherine Jenkins, performed concerts with Kerry Ellis and performed on BBC Friday Night is Music Night. She has been back to her home island many times to perform at the Jersey Opera House, most recently supporting the vocal harmony quartet G4 on their tour and coming back to play Cosette in Les Miserables (JADC). At Fort Regent, Georgi has performed with the JSO with Strictly Come Dancing stars at their Glitter Ball Prom.

Ida – Georgi Mottram, Wendy Carr, Laura Coutts and Sarah Vaughan – have created a festive album featuring epic cinematic tracks including When a Child is Born, Happy Xmas (War is Over), Believe (from The Polar Express)and Carol of the Bells. Pushing the boundaries of classical–crossover music, they marry the genres of Pop and Opera with their fresh and exciting sound.

Believe was fully funded by a successful Kickstarter campaign, which the four young women set up and managed themselves in order to produce their album independently without the input of record companies or external agencies. From the initial album concept and track selection through to arrangements, production and marketing, every decision and action has been made and executed by Ida personally, with their passion and hard work bringing the album to fruition. 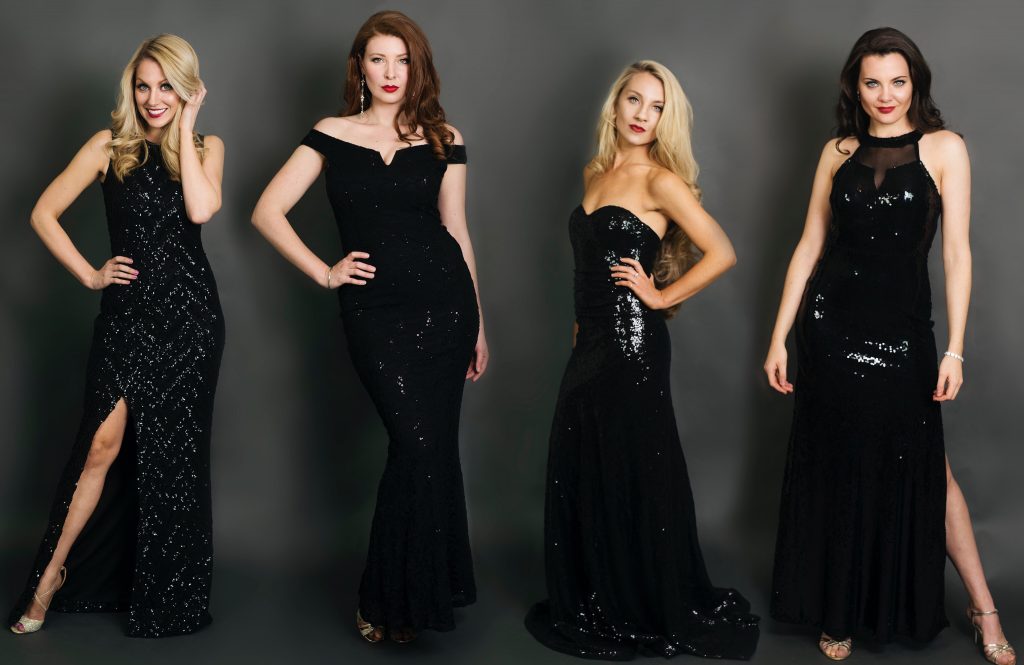 Ida formed whilst on the London production of Gilbert and Sullivan’s Princess Ida. It was here they became close friends and continued to sing together after the show had ended, and thus Ida was born. Having trained at some of the world’s leading conservatoires, between them Ida have performed on the West End and in Sydney and Jersey Opera Houses, supported G4, Russell Watson and Vox Fortura, sung with Katherine Jenkins and Alfie Boe on Classic FM’s charity single and performed on BBC1’s This Week: Christmas Special.

After a busy year captivating audiences across the globe –including more than thirty international performances, sell-out shows at Live at Zedel and The Other Palace, as well as singing in front of thousands at West End LIVE in Trafalgar Square – Ida are delighted to release their first Christmas album and would like to thank all of their Kickstarter funders for their support in bringing their dream to life.

Pre-orders for the album will be taken from 15 November, via the official Ida website: www.idagirls.com.