The Gaa Gaas originally formed in Jersey in 2003 and rehearsed in the garage of Gavin's mothers home in St Saviour experimenting with sounds influenced by 60's and 70's garage punk groups such as Love with Arthur Lee, The Sonics X-Ray Spex, Gang of Four and The Cramps.

After many shows at various clubs In the island starting with their first ever gig at The Q Bar which later became The Live Lounge, 2005 saw the band relocate to Brighton where they began to gig quite vastly between the South sea coast town and the bigger city of London. The group signed to London label The Playground and released debut single ‘Voltaire’ which caused a big stir at the time and landed many European dates including shows at Berlin’s Bang Bang Club for German garage punk night Fave Rave,, Old Skull Festival in Warsaw, Poland and a main stage appearance at Drop Dead Festival in Lithuania. 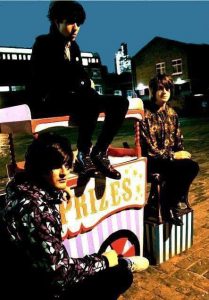 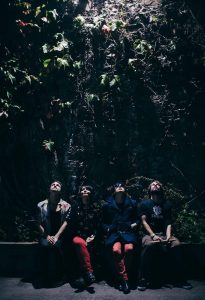 The group released follow up single ‘Close Your Eyes’ in February 2016 on their own label Movement-2 Records, which was met by critical acclaim and was quoted as one of the most important songs of the year receiving rave reviews by all major music publications as well as many underground music blogs. This was soon followed up by a split single tape cassette and digital release out on Jersey based label Bubblebrain Records. 2019 will see the release of the band’s first full studio album by producer Robert Harder (most known for his work with Babyshambles and Whitey, also to engineer music by Brian Eno and David Byrne). The Gaa Gaas self titled debut album is set to be mixed in Robert’s studio in the Californian desert of Los Angeles in May this year and is set for release on the groups own label Movement-2 Records. The album has been 15 years in the making with some set backs and roller coaster roads on the way. 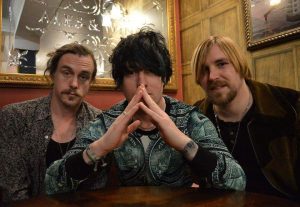 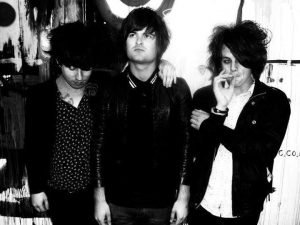 With 3 previous singles already released as well as two 5 track EP’s and a split single with Jersey band Vagus!, many UK/European shows played in the past, the group have maintained a steady fan base and have played some major festival bills including headlining the JT Stage (Par 4) at the last ever Jersey Live Festival in 2016. They play their first ever American shows in New York and Tennessee from July to October followed by an album launch at Nottingham’s Rough Trade venue, also a show booked in Malta that month alongside a group they have signed to their label called The Velts with whom are local to the Mediterranean island.

Looking up to the sky Image Courtesy Danny Richardson