With temperance suspended precariously aloft someplace between sanity and a box of classic records, deft timing and a rather curious can of philosophy discovered washed up on a beach in Jersey, conception was complete and Vagus came into existence in the year 2014

Vagus is a communications company, a company that messes around with instruments. There are no limits, set against a backdrop of a search for purpose and antipathy for anything too much like a structure a religion a farce.

Frontman James Dolan was born into an Irish family in Paddington London. He crashed, snarled and partied his way through the UK scene smashing festivals and studios to boot. Signed to Fierce Panda with The Author back in the noughties he managed to find time to fight with Courtney Love and claim the adoration of Dave Grohl, Zane Lowe and Annie Mac. Record of the week with every release supported by the likes of Steve Lamacq and the late John Peel. 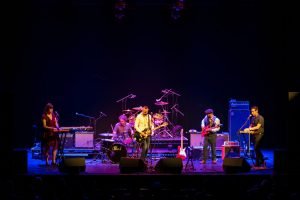 Blended with abstract thought and part musical roots of his hometown back in Wolverhampton instrumentalist and producer Gary Law doesn’t define his style, it’s just an attitude. If it’s slow he’ll play it slow, if it’s fast he’ll play it fast, not just one style ‘he don’t care to try to think like that’. Like a mood he shapes the sound and when you been doing it as long as he’s been doing it ‘ain’t nothin’ but a move’. 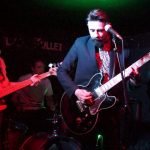 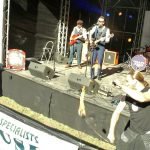 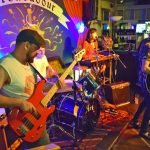 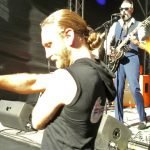 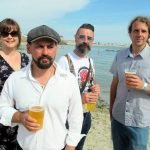