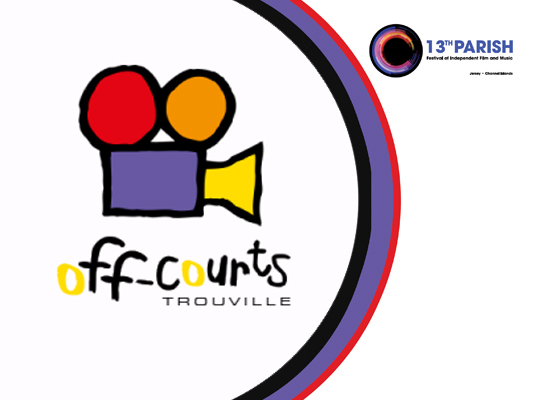 We extend the hand of friendship to our nearest  film festival neighbour, the Off-Courts Festival of Trouville, Normandy. Enjoying their 20th edition this year, Off-Courts is renowned for its creative exchange with Quebec, international screenings, exhibitions, professional market and workshops where more than sixty films are produced. The festival organises residencies and creative workshops internationally and helps to create a new generation of French / Quebec directors. This is a mixed programme of films: some of which were produced in workshop situations, and some are award winning films from the festival.

We welcome Thomas Lesourd of Off-Court to introduce the screening.

Directed during Off-Courts 2018 Creative Laboratories. A maniac man who is about to find love…

Import/Export project 2018. This story is set 10 years after the discovery of a remote planetary system likely to sustain the early stages of a civilisation. Tonight the whole world answers the question: should we, YES OR NO, meet this civilisation?

Directed during Off-Courts 2009 Creative Laboratories. A short made of photos.

Directed during Off-Courts 2017 Creative Laboratories. Clumsy guardian angels are not what you’d think they’d be.

Awarded twice at Off-Courts 2018: Prix de la region Normandie (Jury Award) and uniFrance award. Emile is afraid of the world. He no longer goes outside and paints everything blue. One night, his son Yoan encounters Soraya, a teenage fan of Tamil dance. She will help him find the right colour.

It’s 21/04/2018. The Malagasy elections are going to take place soon. The opposition planned a protest against a new law project that would impeach some candidates to run for the office. So the government decided to forbid the demonstration and got the Square closed for the day.