The Channel Islands Heritage Festival is a celebration of an archipelago of small islands with a big history. With over 400 events across the Channel Islands, uncover a wealth of stories, from tales of early seafarers to heroic accounts from the German Occupation during World War II.

A special evening tour of the Clematic Nursery and talk by local hero and Chelsea Flower Show legend, Raymond Evison.

Jersey Military Tours: The Steam Clock (8th May, Jersey)
A special full day of guided tours to include: The Free French Fighter and the English Commando Captain; The Occupation – Heroes and Heroines; and many more…

Gerard Durrell, a conservation hero. (Jersey)
Explore Jersey Zoo and discover over 120 species of mammals, birds, reptiles and amphibians; more than half of which are endangered in the wild. Take part in a ‘Gerald Durrell Treasure Hunt’ around the zoo, designed for children to discover more about one of conservation’s greatest heroes.

Castle Cornet’s Historyfest (14th – 16th April, Guernsey)
3 days of living history at the iconic fort in St Peter Port. Visitors can enjoy a range of events from tours, live music and children’s activities – all complimented by the live costumed actors who will bring Guernsey’s myths and legends to life. 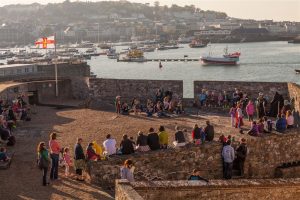 Heroes of the German Occupation Tour (30th April & 7th May, Jersey)
Relive the heroic stories of those who risked danger to themselves in the hope of aiding others during this dramatic time in Jersey. Gain awe-inspiring insight into what really happened during the fateful days of German Occupation with tours by Martin Walton. 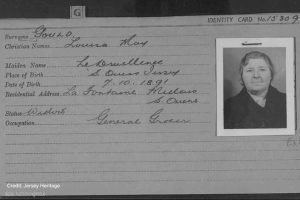