Just four miles west of St. Helier lies the picturesque village of St. Aubin, arguably one of the prettiest villages in the Island, with its myriad shops, restaurants and bars and pretty harbour.

Easy to reach, you can cycle along the seafront, walk, take a bus, or Le Petit Train to enjoy the ambiance and the beauty.  Walking you will pass several beach cafes all offering different fare, and pass the Watersports centre where you will see Jet Skiers and other water sports taking place. 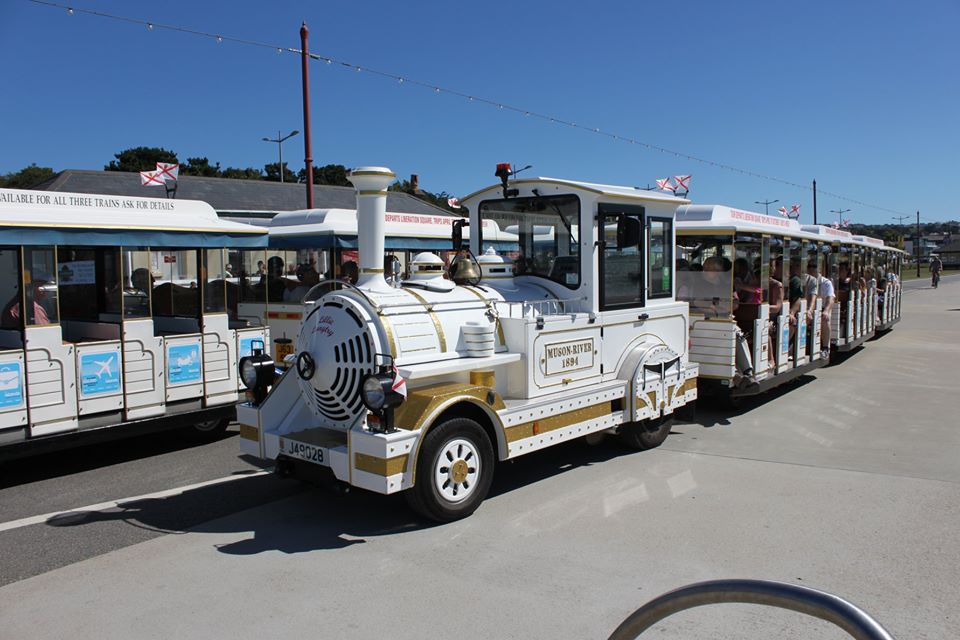 St Aubin was originally a fishing village and is the hub of the Parish of St. Brelade and named after Saint Aubin, the 6th Century C.E. Bishop of Angers. The old Railway which was opened in 1870 went from St. Helier, through St. Aubin and continued through to Corbiere, and was a key link from St. Aubin to St. Helier.  What is now the Parish Hall was the grand Terminus Station and Hotel.  It was bought by the Parish in 1946 and has, since, continued to be the Parish Hall of St. Brelade. 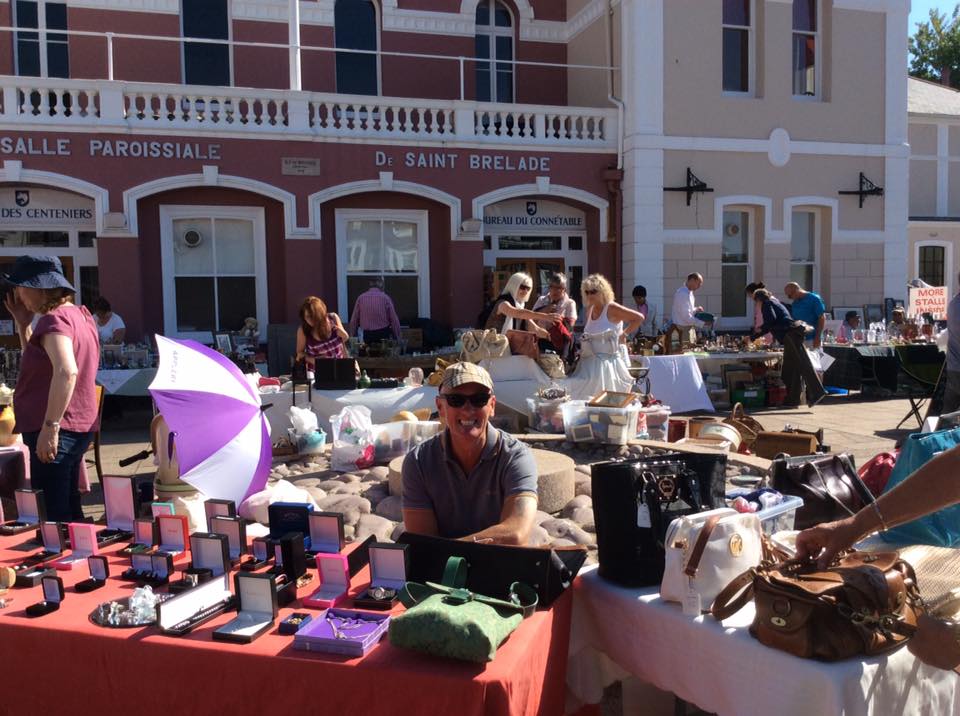 The Boathouse bar and Anchor Restaurant sit close to the Parish Hall, where you can enjoy a drink or dine with amazing views.

St Aubin’s fishing fleet was part of the cod trade between Jersey and Newfoundland.  In the 17th and 18th centuries work on St. Aubin’s Fort and the current harbour allowed ships to be anchored for the winter months.  Hence, merchants started building houses in St. Aubin 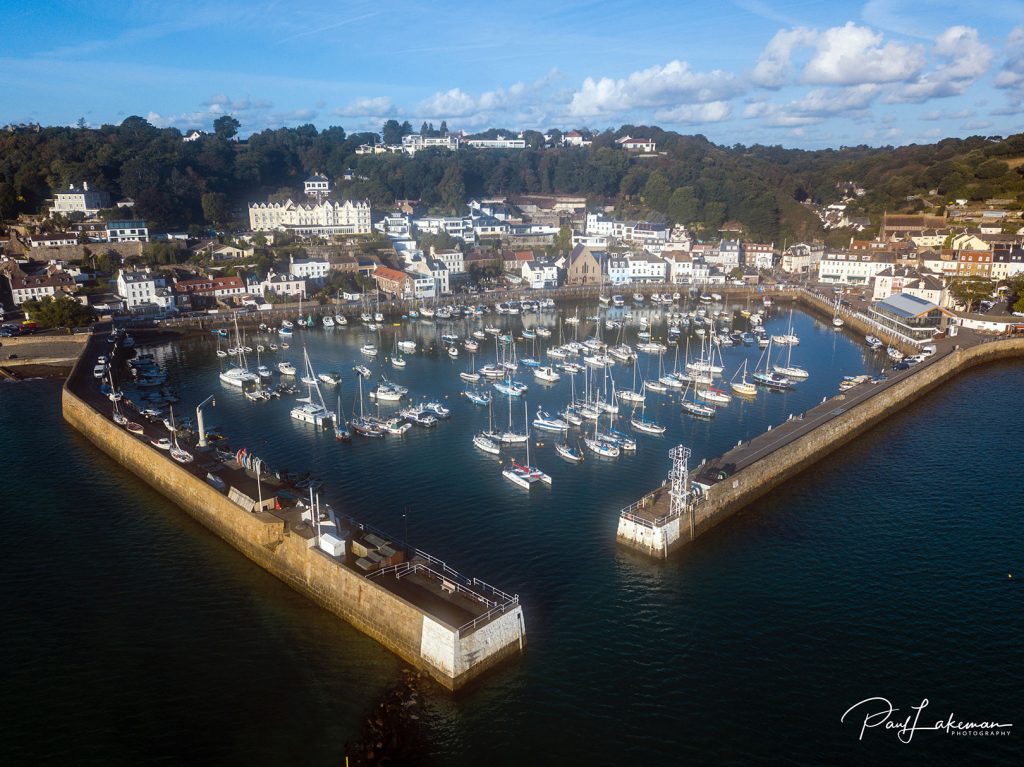 Carrying on walking along the Bulwarks passing the small boats bobbing in the harbour, there are some amazing restaurants and bars, perfect to while away a lazy afternoon.  Enjoy the various properties, most of which were built in the 1600s. 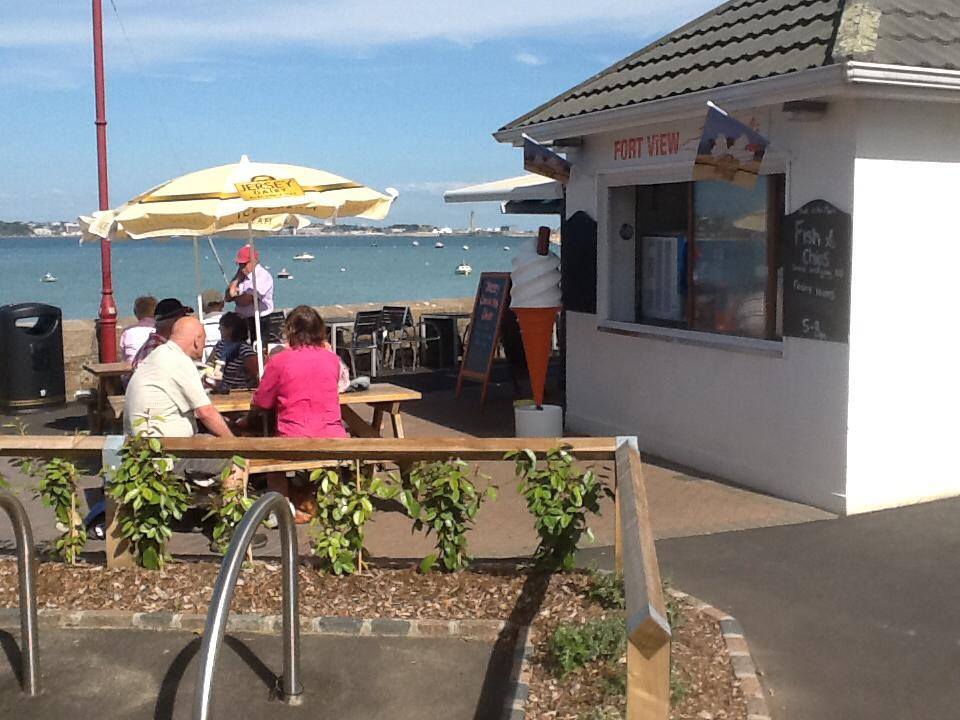 At the end of Le Boulevard you will see the Old Court House Inn (made famous as The Royal Barge during the filming of Bergerac in the 1980’s).  The pub is made up of three buildings – the original Court House built in 1450, the 18th Century Osbourne House and the Harbour Masters cottage – which were all done up in the mid-eighties.  Now a hotel, bar and restaurant. 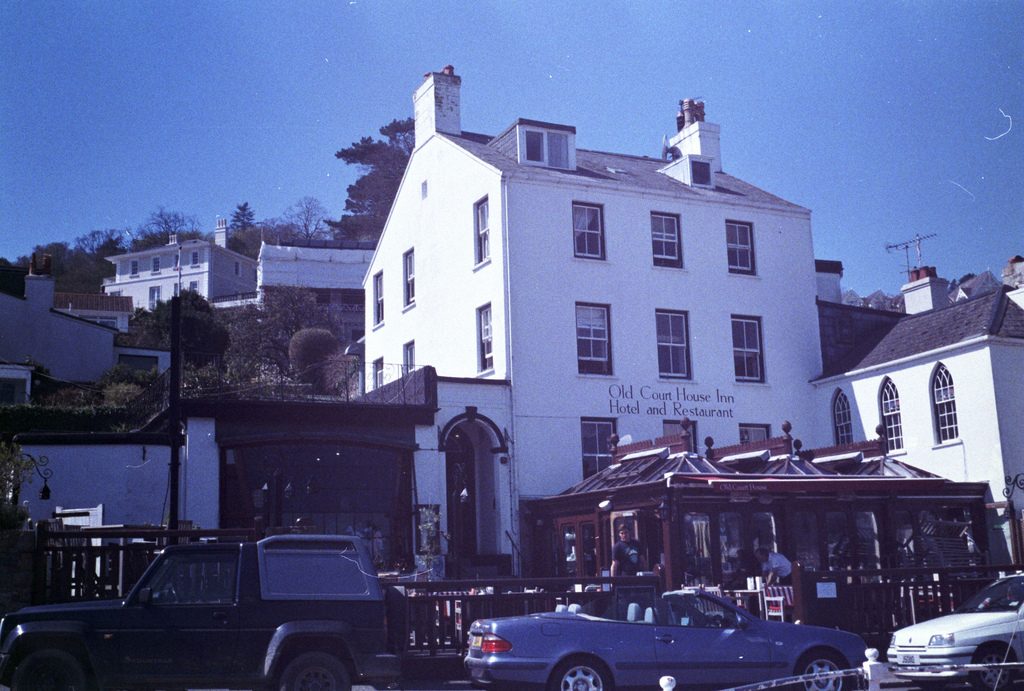 The Royal Channel Islands Yacht Club has been in its present site in St Aubin since 1946. The Club has an active sailing community and the Clubhouse is a hive of social activity, particularly in the summer months. 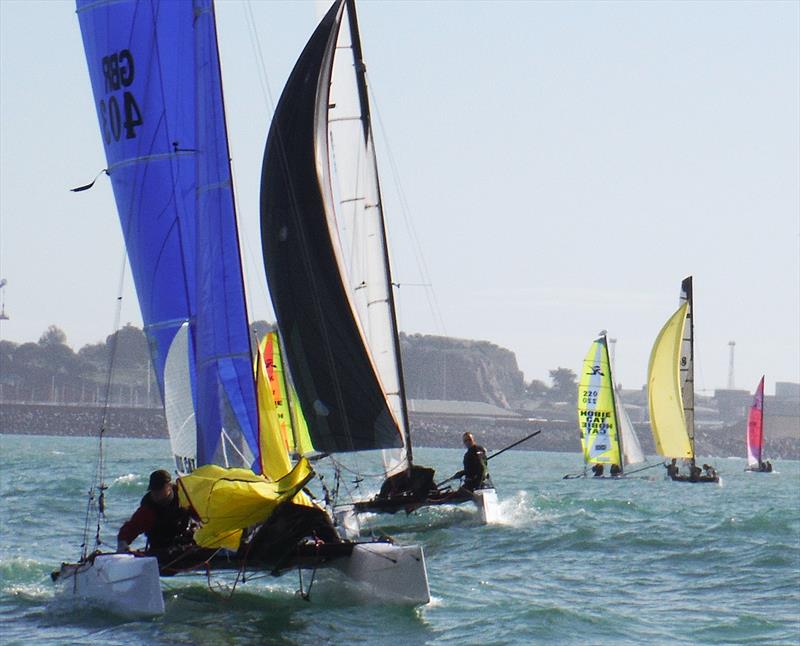 If the tide is out you can walk across to St. Aubin’s Fort, but make sure you allow plenty of time before the tide comes back in.  Now used for primary school children’s outdoor pursuits.  In 1542 Sir Henry Cornish had a small tower built on St Aubin’s islet to house cannon, which could be used to defend the anchorage.  Following the Crimean War the fort fell into a rapid decline.  During the Occupation the Germans refortified the whole of the Islet. 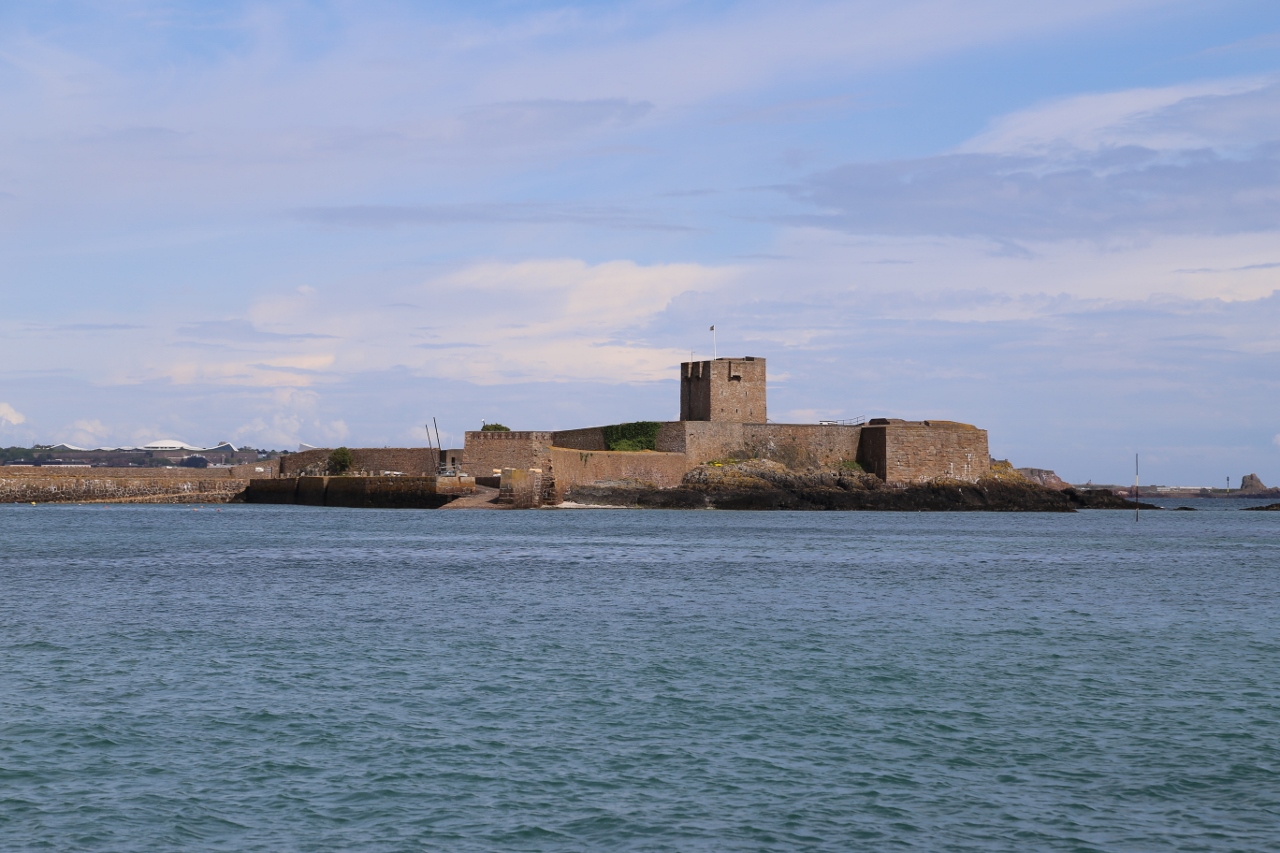 If you’re feeling energetic continue walking up the hill, Le Mont du Boulevard, past the Yacht Club where you will see pretty little terraced houses, each with its own history and arrive at the majestic Somerville Hotel which sits aloft viewing the whole of St Aubin’s Bay. Steeped in history, it was used by the Germans as a base during the Occupation.

Turning right, behind the Somerville, you can wander down La rue au Moestre, back into the hub of the Village.  Once again, these houses are steeped in history.  At the bottom of La rue au Moestre you can turn into a small private road (which was part of the old railway track) and find a large German bunker, which now houses rental bikes, and some indoor sporting pursuits. 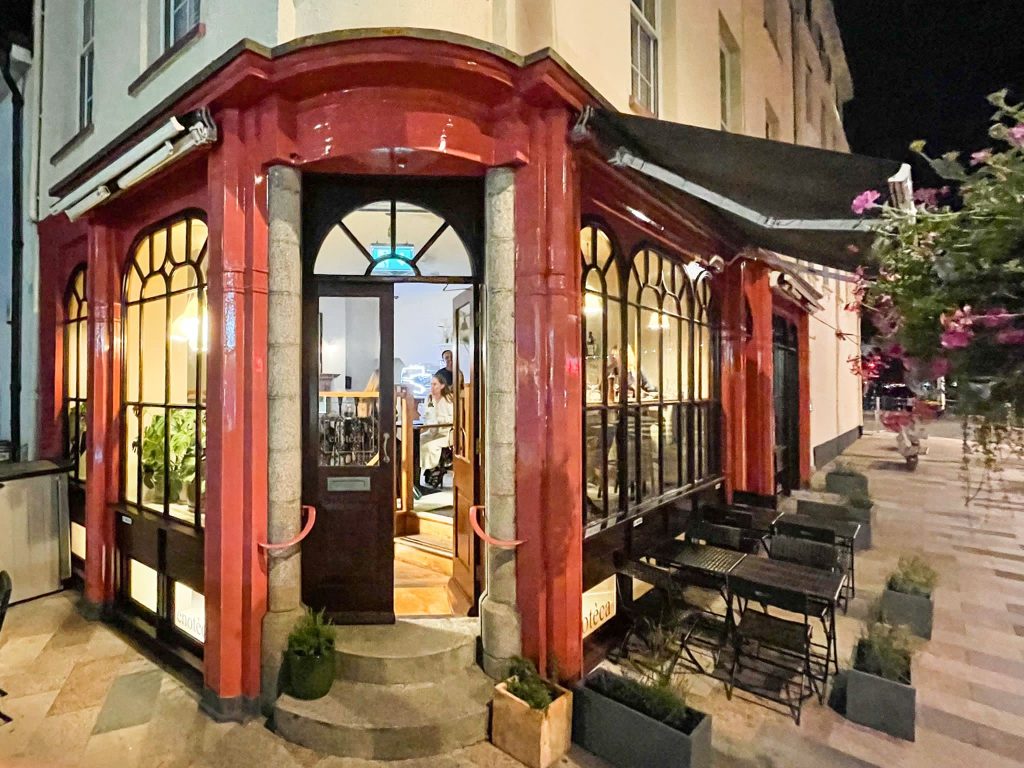 Looking across the road, stop and have some freshly made pasta, speciality cured meats and typical Italian food at Enoteca Deli.  And to your left you will see the Trafalgar Inn, which opened in 1837.  In 1915 the Inn closed and served as a home for aging seamen during WW1, and re-opened as a pub in 1965.  Apparently, this was the place where Karl Marx stayed on three occasions during his three visits to Jersey. Letters show that he tired of the ‘monotonous lamb and mutton diet’. 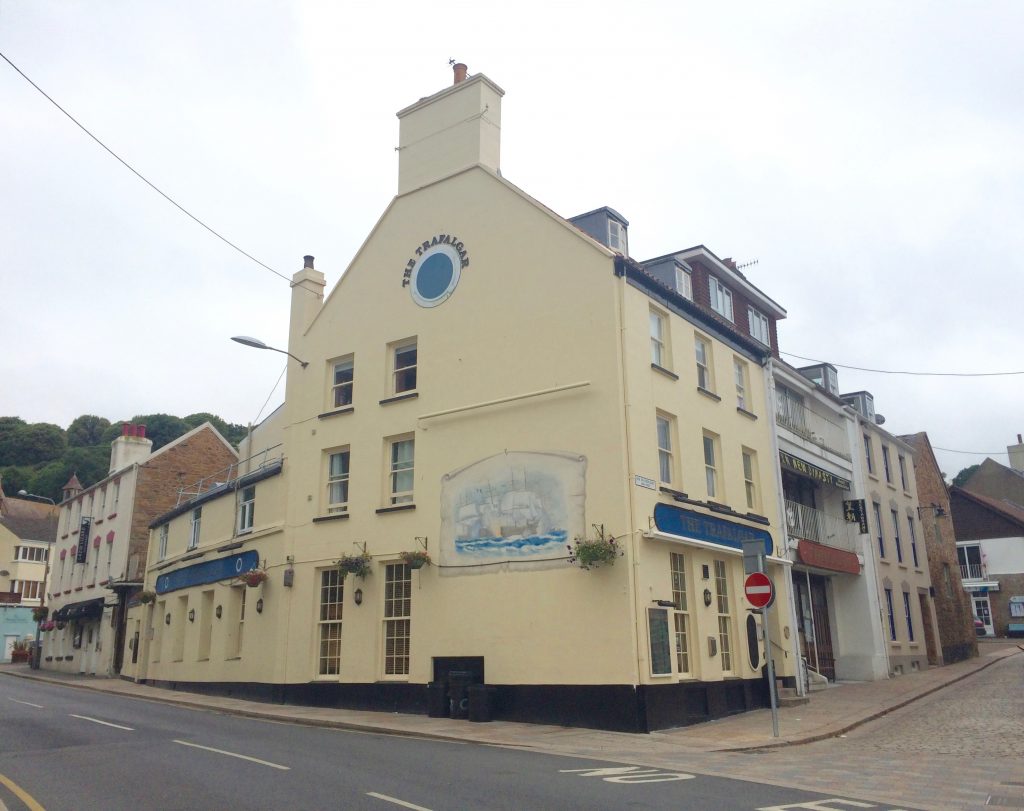 The Trafalgar lies at the bottom of what is, arguably, the prettiest street in Jersey – Rue du Croquet.  Still cobbled the earliest houses in the street are thought to date from the first half of the 17th century and are mainly concentrated at the bottom of the hill. The 1795 Richmond map of Jersey shows many of the houses that are still located in Rue du Crocquet today. The map also highlights the fact that the current road along the bay between St Aubin and La Haule Hill was built after 1795 and the main route to St Helier from St Aubin would have been up the Rue du Crocquet or the Rue St Aubin as it was originally called. 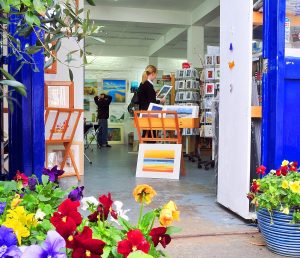 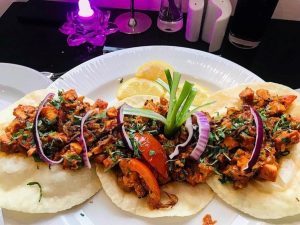 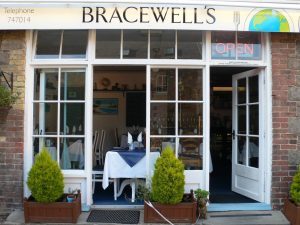 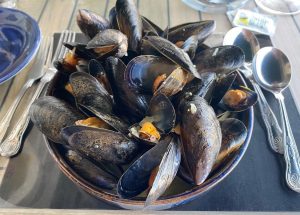 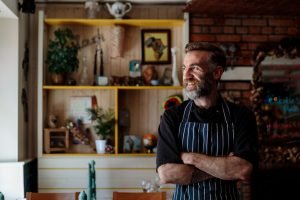